In this last article of the series we are going to discuss the top of the proposed branch of tanks with multiple guns. In the last article I introduced the T-39, which is first twin-barrel heavy tank of the line. In this article two more twin-barreled heavy tanks will follow. However, before these more modern designs will be introduced, meet the peak of Soviet multi-turret tank designs! 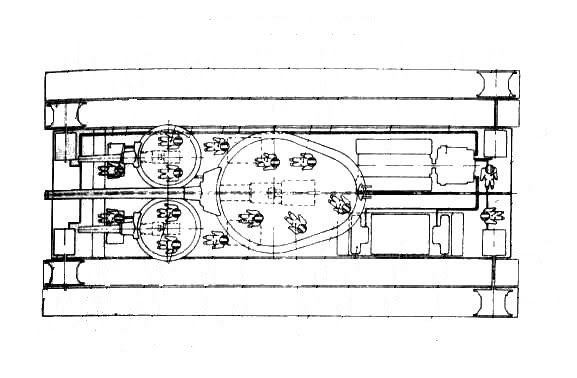 Description:
Developed on basis of the soviet experience in the winter war 1940. The armor of this vehicle is nothing special at the first look. The turret has 125mm on a round surface with a rather large mantlet, which could make it resistant to 175 mm penetration guns. However, the side armor at 60 mm could really troll a lot of people. The reason therefore is, that it has two layers of thick tracks on each side covering it. If both tracks get implemented as 50 mm spaced armor (just as on high tier Japanese heavies), the effective side armor without any angling is 160 mm. So this tank could be pretty bouncy on distance or when sidescraping. However, this tank is huge. I tried to calculate its dimensions based on the humans on the picture, the result was that the tank is about 12 m long and 6 m wide. This is also where the impressive weight should come from: 260t. Making it the heaviest tank of the entire game.


The firepower is again great with a 130 mm gun on T8. Alternatively, mounting a 305 mm D-23 (!) is also an historical option. Keeping in mind that both damage and penetration are balance-parameters now, this gun could be balanced as a unique “derp gun of extreme parameters” with about 1300 alpha-damage. The Mini-turrets both have 76 mm guns. The caliber has a decent HE-round already which could detrack and especially keep people detracked very well. Furthermore these guns could destroy annoying obstacles quite easily and be pretty devastating against light armor.

On T9 the line makes the breach: Just as on the new Japanese heavies, multiple turrets are not viable on that tier. However, the following two heavy tanks have a different interesting feature: Two main guns mounted next to each other – providing massive twin-barrel firepower from a single turret.


For example - shooting two barrels at the same time for great burst damage could be completely possible with this feature. But it is only recommended in close combat, because as soon as you shoot one gun you have to aim with the second one as well. Considering the caliber of Soviet high tier guns (Examples: 100mm gun: 2x320dmg=640dmg or 122mm gun: 2x390dmg=780dmg), these vehicles will have great stopping power in close combat.

As illustrated in the top left corner of the figure below, two guns also mean that you are able to reload them separately. In order to balance this feature, you have long reload times on each gun. The reload time should be 1.5-2x higher than on comparable guns on single-barreled tanks. Furthermore you have to aim really carefully, because these guns are fixed - thus they don’t aim for exactly the same point. The issue can be seen in the middle of the picture: Each gun has its own crosshair. 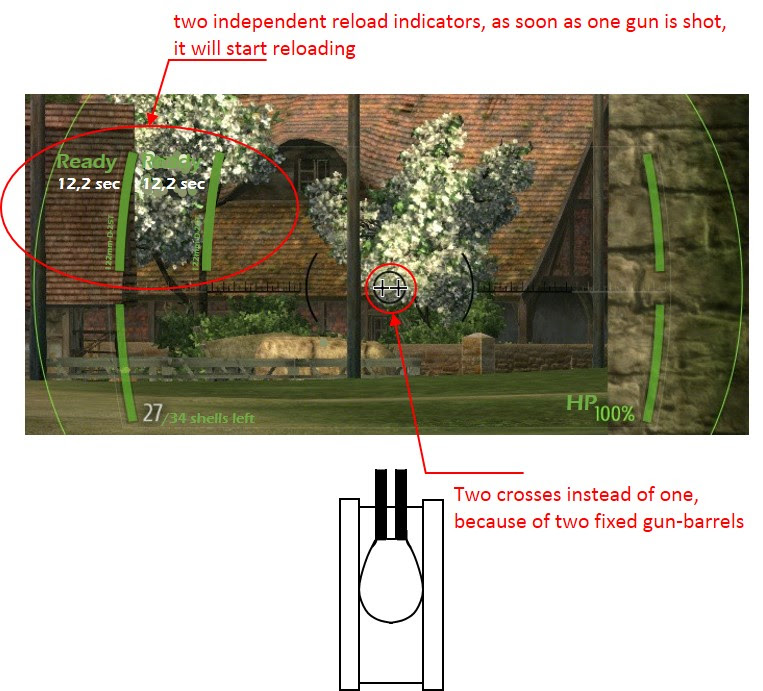 After discussing the basics of twin-barrel support, let us finally have a closer look on the war-machines with this outstanding feature! 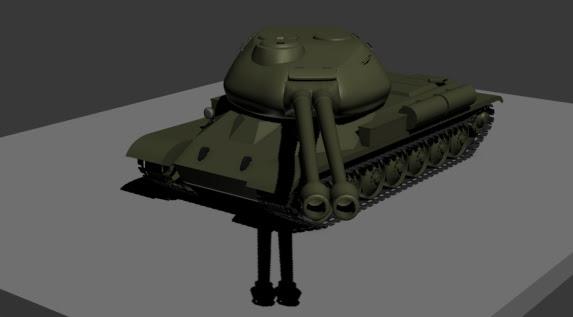 Description:
On T9 SerBs twin-barrel nightmare, the ST-II finally makes its appearance. Here is a larger and detailed drawing. From the picture it is not clearly visible, but the turrets side and roof could be slightly weaker than that of the conventional ST-I. As its armament are 4 different twin-barreled weapons given in the drawing - and the last one of those, could actually make an historical top-gun for it on T9. It is a 122 mm gun with a muzzle velocity of 900 m/s, which has 50 m/s less than the M-62T2 gun of the ST-I. The penetration could thus be about 240 mm. 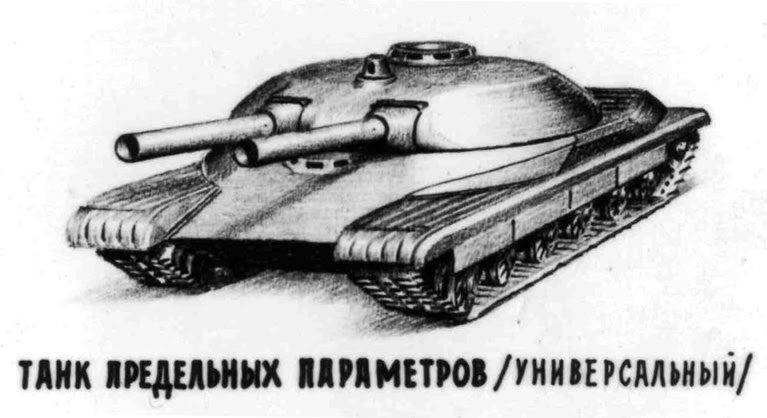 Description:
This tank is an outstanding design which was found in the archives of Nikolai Fedorovich Shashmurin. The tank is called „Tank of Extreme Parameters“ (TEP) and it looks like a crossbreed of an IS-8 and IS-4. It does indeed even look like the Apocalypse Heavy tank of Command and Conquer Red Alert.

The hull-front does not have a pike-nose, however it is extremely well angled (looks like an auto-bounce angle) and the side armor seemingly has spaced armor as on the T-10/IS-7 hulls. The rear of the hull looks also comparable to the IS-7’s. The twin-barrel turret fields two large guns, they seem to resemble 122 mm or 130 mm guns. Detailed information on mobility/armor/armament on this vehicle is currently not available. Hopefully Yuri Pasholok will publish info about it soon!

The line which is illustrated in the soviet techtree in the figure below, consists of multi-turret tanks from T2-T8, with the famous T-35 at T4, the SMK at T5, and the T-100Z at T6. Two unique, yet monstrous tanks with great firepower (some dimensions are larger than that of Japanese heavy tank’s!) follow on the next tiers. The T-39 at T7, which is related to the development of the T-35 and the VL at T8 which is a successor of the T-100 (developed after the Winter War).
At T9 the branch switches from multi-turret to twin-barrel support, with the ST-II at T9 and the TEP, which was recently discovered, marking the end of the proposed line at T10.