Too much of a good thing

there is a problem in Armored Warfare, for a long time I've appraised on how fair and nice the AW artillery was, until today. 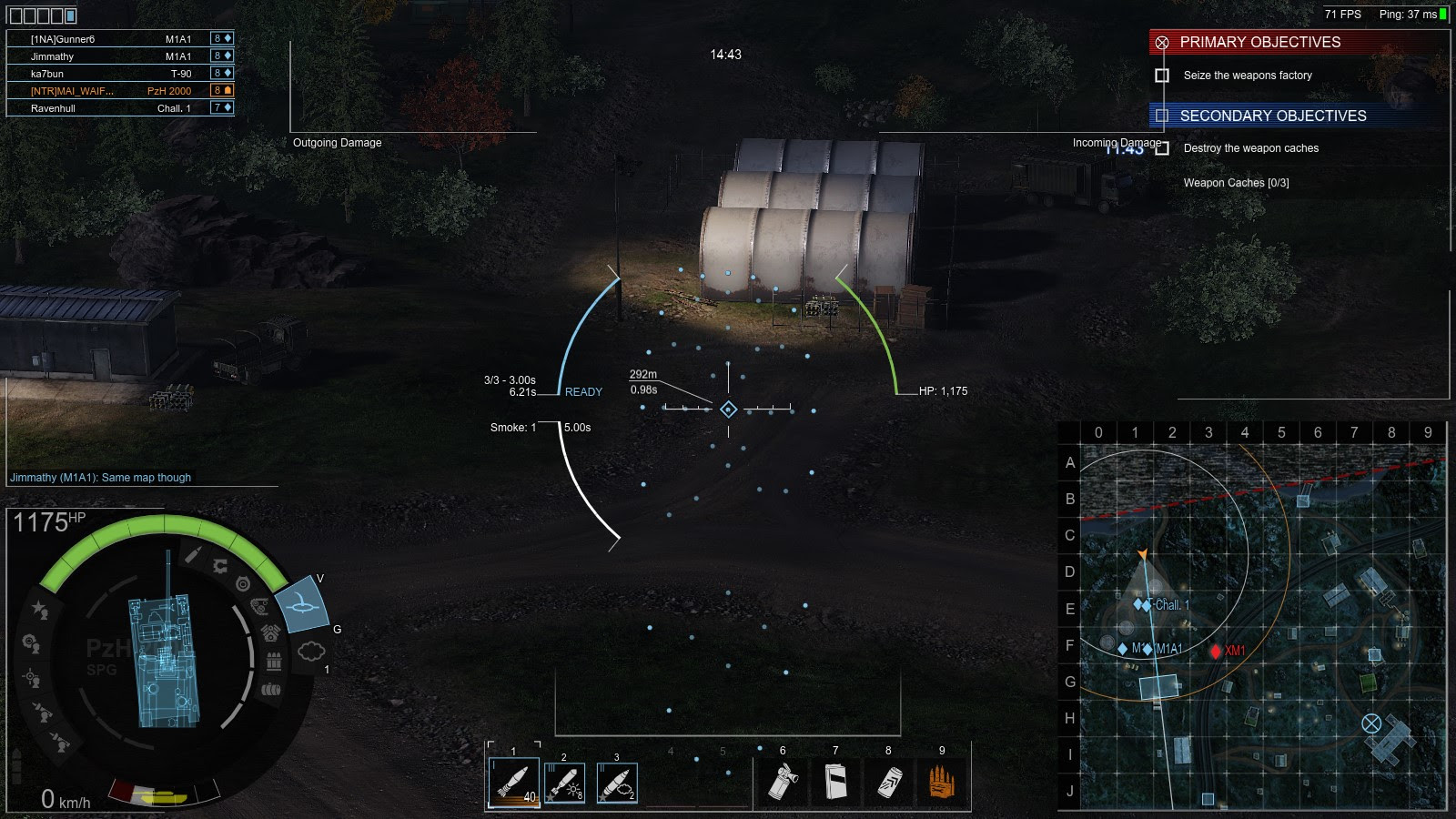 Arty in AW was designed as a support class and not damage dealer, with this current changes it became just that and in my opinion is broken. Later today or tomorrow there should be an hotfix removing the ability to stack the loaders bonus and the ability to stack consumable, how well that will work? No idea, but the Dev team will be definitely taking a look into it.

There are also reports of players having their matches crashing because of jackasses platooning and spamming illumination rounds in the matches.


And I have to say a big thank you to "55lyraug" who emailed me this issue instead of whining without any constructivism. I highly appreciate when you contact me with things like this, doesn't matter which game it is. I try to catch up with everything on the daily basis and do not ignore content, is just humanly impossible to keep track of everything without your help and for that, thank you very much everyone who sends emails, you have no idea how greatly you contribute to RSR.
Posted by Unknown at 08:30 No comments:

Thanks to Nemanja from Serbia! :)

On the WoT's European Advent Calendar there is currently a hidden bonus code, its not complete yet, but this is how you find it...

This is what's out so far:

David Moreira has sent me an update on his homemade mini E-100:


As you can see it actually can be driven, David has taken as a personal hobby to keep on improving this tiny beast. I also asked him if the camo was based in our Portuguese flag and he denied, he needed to get the vehicle ready before the Comic Con in Portugal and used what he had available on his garage and most likely will take away the red and add a different shade of green. :)

if you've been paying enough attention, you know that the IS-6, WZ-131 and M44 HD got pulled back from 9.13 due to model issues, those vehicles will be coming in HD but later on. For those who are impatient, those HD versions exist as a skin mod: these are the next Advent Calendar specials for the EU server: 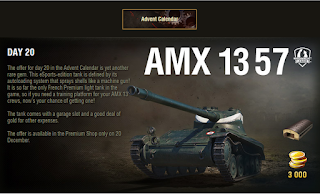 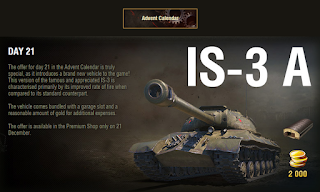 Could care less about the WGL logo pariah tank but that IS-3 A, move out of my way! I want it now!
Posted by Unknown at 04:58 No comments: