- Storm does not believe that the 10.0 domination repair costs are too high
- according to Storm, only 10 percent of World of Tanks players have at least quadcore processors and 8GB of RAM
- Steam statistics about average PC configurations cannot be used for WoT. There are many, many people who do not play anything else but WoT. The WG devs would be grateful if the average WoT user PC configuration was the same as the one presented on Steam as average
- multicore WoT support will come relatively soon
- Q: "WoT sucks, I will play AW!" A: "I am glad you managed to find your ideal game."
- Type 59 gun to get a buff? "No comment, this is a topic about patch 10.0"
- in 10.0, the render range will turn into circle, as per patch notes
- for now no additional functions to minimap will be added
Posted by Unknown at 20:48 No comments:

the developers continue to tease the players by driving the vehicle they will not implement anytime soon, the Chieftain, in test 10.0 battles: Wanted to try the Chieftain too? Tough luck. According to Storm, this tank will not be available even for testing in immediate future. By the summer of 1942, the German land forces command made a contract with the companies Krupp and Rheinmetall to create a SPG on the Panther hull. Several variants with 128mm K43 gun and 15cm sFH 43 howitzer were considered. These projects were called Grille 12 and Grille 15. Their armament was located in the back of the vehicle and they were different from each other only by the type of the gun. Later on, requirements were issued to install the 15cm L/63 gun on Grille 15 chassis. This gun could penetrate 200mm of armor at 4000 meters. The project was however stopped and no prototype was built.

Hi everyone. Thanks to a recent find we are finally going to take a look at one of the tank projects that I skipped earlier in the series due to a lack of information. With this article I also intend to cover the Swedish tier 8 medium problem. I hope you will find this convoluted story interesting, i know i certainly did.

In mid-1943 a Swedish army delegation got the chance to study captured T34 tanks in Finland. The heavily sloped armor and the mobility of the T34 came as a shock to the Swedish delegation. It had become clear that even the modern tanks they had were completely outclassed. As a response KATF (the army ordinance administration) issued a demand for the development of a 30 ton medium tank to match the T34. The new tank was to be a further development of the Strv m/42 which was just entering service at the time. Proposals had been made previously for upgrading the Strv m/42 but had been dismissed due to strict weight restrictions. In comparison to the Strv m/42 the 30 ton was to use thicker and better sloped armor. It would be armed with a long 75mm gun developed for the Pvkv m/43 tank destroyer and use a new gearbox and engine under development by Volvo. Considerations were also made for the use of an autoloader for the main gun. Development would be handled by Landsverk who internally designated the tank Pricken (the dot). 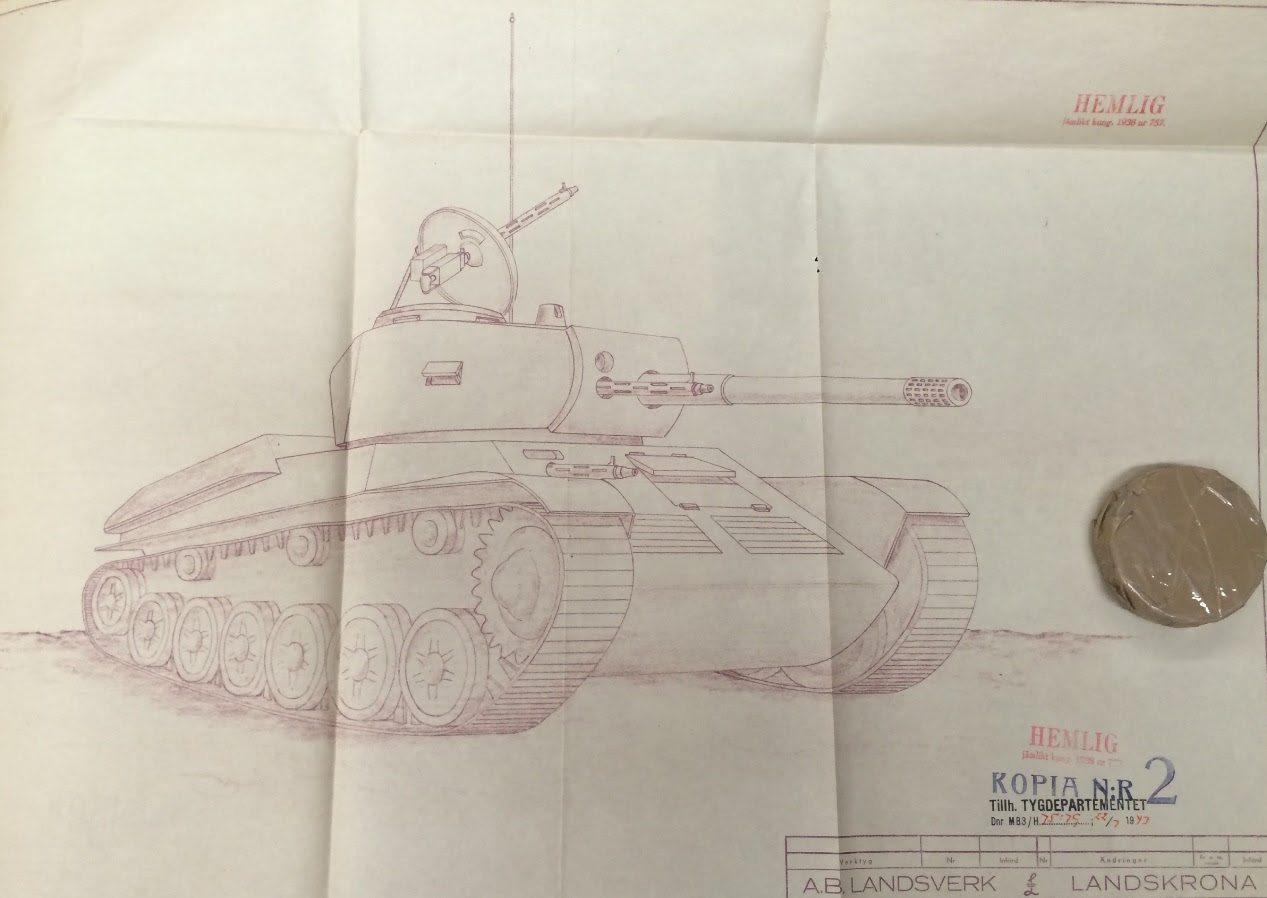 So Part 1 covered Christie's multitude of Tank designs, Part 2 here will cover the artillery options. It is extremely unlikely World of Tanks will ever have more artillery added, maybe even for new trees, at the moment as it is very contentious for some. So please read this as a history piece rather than like Part 1, which was about trying to show that there are enough interesting designs to add some extra content.

this is a summary of an interview with Roman Tabolin, WG RU community manager from WG FM radio.

- the 10.0 patch is called "Rubicon" because it represents the beginning of major changes, it will come in autumn
- the "deathmatch" event mode will appear on regular basis
- there will not be many people who will be able to unlock the T-22sr.
- the T-22sr. missions might still be changed before the 10.0 release
- T110E5 will not be touched for now
- the T-22sr. missions have no time limit
- one more patch will most likely come until the end of the year
- premium T-25 will not be removed from the game
- developers are testing new game mode prototypes (for now without details)
- it's not true that 10.1 will bring new motion physics