-Wargaming is giving Ukraine their own localization. The Ukranian player base has exponentially grown to 6 million.

-There will be a Panzer 58 marathon for the RU server

-Most of the Czechoslovakian tank descriptions are fixed, however the T54E1 was refused.
If you missed it: http://ritastatusreport.blogspot.co.uk/2015/11/913-tank-description-grudge-over-quality.html

-On the Secret Santa: There is a small issue with the notifications system in game when you receive the goods. This only affects the notification, and not the gift. It will be fixed.

-The Dev team is aware of the "premature fireworks" and other strange visual bugs, they will be fixing it: 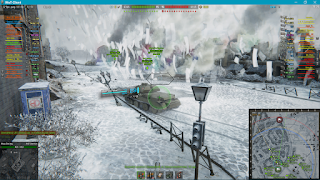 -There is a bug where the ground texture becomes attached to the tanks, the Dev team just started looking into it:

Note: The player who reported it had his graphic settings set to minimum but this morning I had the same bug and I run on high. 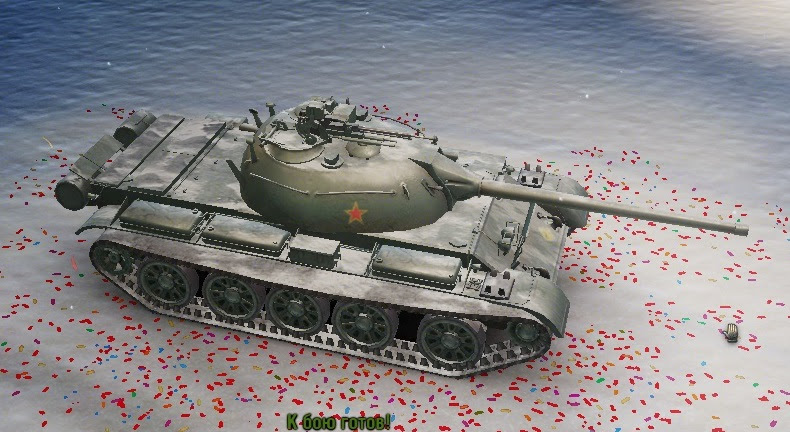 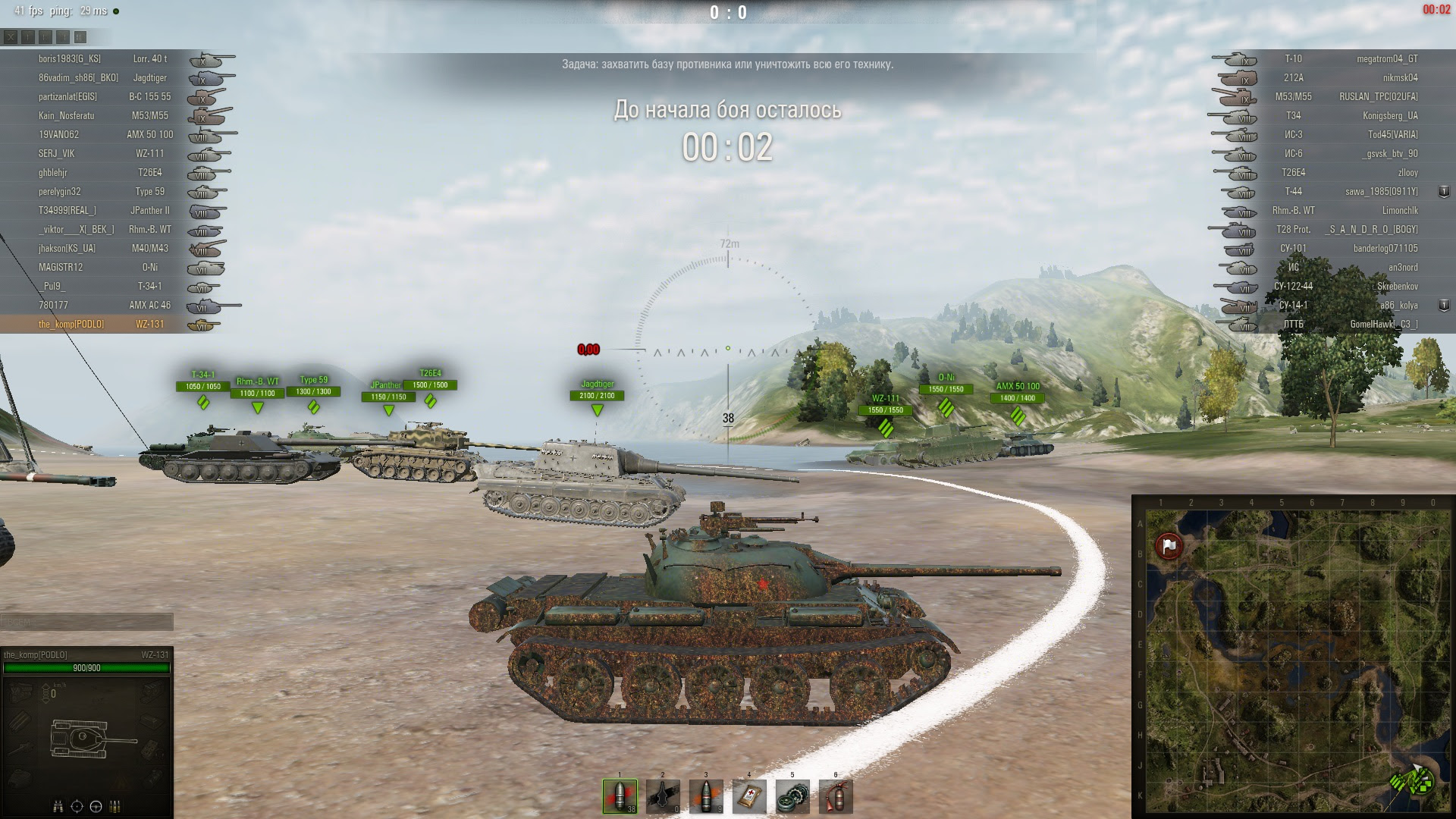 -Incorrect display of post-mortem nicknames and problems with switching between tanks in post-mortem modes is a bug, a feature or caused by mods? Storm: A bug.

-The changes on the KV-3 turret are according to WG historically correct. I took a screenshot of its Armor Model for clarification: 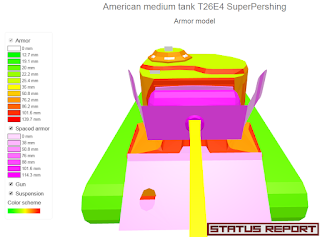 -Asian server has dropped language support for the Vietnamese community. Most believe this decision was taken due to the publicly acknowledged account selling and illegal mod usage by this community.

Alexander "marm" has made some more fan art: I'm a bit quiet, been gathering some info for you for the past few hours but for the meanwhile, this is the trailer for the M46 Patton KR:


The "I eat green berets for breakfast" scene from Commando fits so interesting well with this video.

Tortoise back on display

a thank you to "theSTG44" for bringing this to my attention!

Oh joy of joys! At The Tank Museum, the Tortoise has finally left the VCC (Vehicle Conservation Centre) which only opens in very special occasions to the public and is back on display for everyone to see!

"The A39 Tortoise is the ultimate manifestation of the British concept of the heavily armoured, but slow, 'Infantry' tank.
It was built in 1947, making it a contemporary of the highly successful Centurion tank. The Tortoise proved to be too slow and unwieldy for the conditions of modern warfare and was a nightmare to transport.
The only service that the Tortoise had was when two tanks took part in trials in Germany in 1948. The Tank Museum's Tortoise is now the only surviving example." - The Tank Museum's FB

At the beginning of this year it had to go into the VCC, quoting the museum staff words "the lad was pissing oil". Hoping to see the Nubian Queen Matilda II next on display, she's been for awhile in the VCC for the exact same reasons and the M3 misses its girl! :)

Gave myself a healthy weekend escape and just came back from the pub & cinema, went to watch Star Wars. Don't worry, I wont spoil anything.

World of Warships has made a collaboration with the "Arpeggio of Blue Steel", and you may ask, what the heck is that? Went to search as I didn't knew it myself... its an anime series, very much like Girls und Panzer but with ships and extra neon lights. This is the trailer:


There will be special missions and personalized ships: 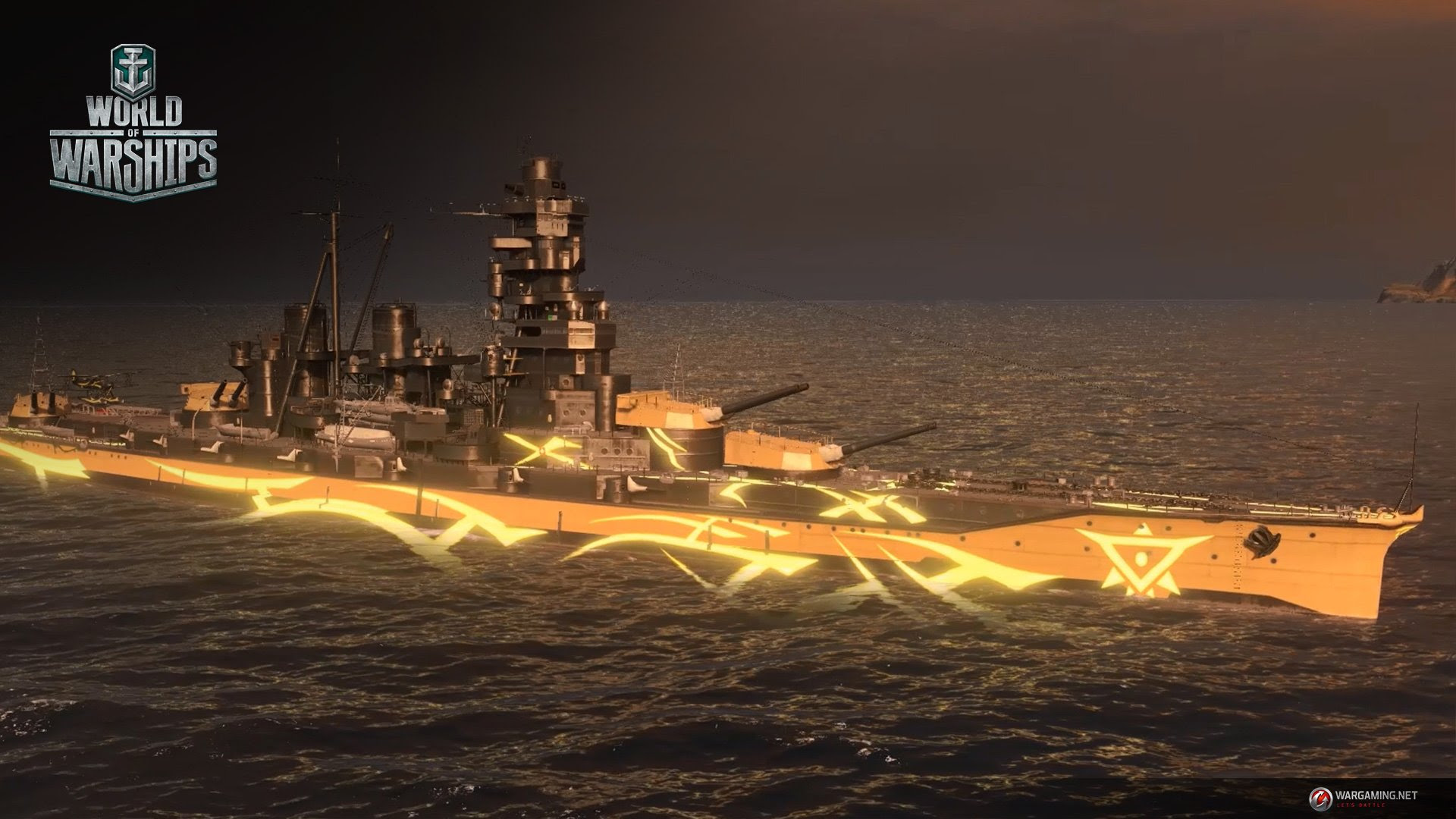 remember the tacky gold HD Type 59 that is only available in the Chinese server?
- http://ritastatusreport.blogspot.co.uk/2015/08/type-59-g-in-hd.html

There was a skin mod of the non HD version but it became outdated long ago, many of you in the comment section and email have asked about it and I promised that would be sharing it once something would appear so here it is:

by Milkym4n from World of Tanks Reskins.

What is the laziest thing you've ever done?

Thanks to Jamie F. !

this is not a piece of news but I found it interesting enough, this was an answer somewhere in the internet to "What is the laziest thing you've ever done?"


"I was once on a US military ship, having breakfast in the wardroom (officers lounge) when the Operations Officer (OPS) walks in. This guy was the definition of NOT a morning person; he's still half asleep, bleary eyed... basically a zombie with a bagel. He sits down across from me to eat his bagel and is just barely conscious. My back is to the outboard side of the ship, and the morning sun is blazing in one of the portholes putting a big bright-ass circle of light right on his barely conscious face. He's squinting and chewing and basically just remembering how to be alive for today. It's painful to watch.
But then zombie-OPS stops chewing, slowly picks up the phone, and dials the bridge. In his well-known I'm-still-totally-asleep voice, he says "heeeey. It's OPS. Could you... shift our barpat... yeah, one six five. Thanks." And puts the phone down. And then he just sits there. Squinting. Waiting.
And then, ever so slowly, I realize that that big blazing spot of sun has begun to slide off the zombie's face and onto the wall behind him. After a moment it clears his face and he blinks slowly a few times and the brilliant beauty of what I've just witnessed begins to overwhelm me. By ordering the bridge to adjust the ship's back-and-forth patrol by about 15 degrees, he's changed our course just enough to reposition the sun off of his face. He's literally just redirected thousands of tons of steel and hundreds of people so that he could get the sun out of his eyes while he eats his bagel. I am in awe.
He slowly picks up his bagel and for a moment I'm terrified at the thought that his own genius may escape him, that he may never appreciate the epic brilliance of his laziness (since he's not going to wake up for another hour). But between his next bites he pauses, looks at me, and gives me the faintest, sly grin, before returning to gnaw slowly on his zombie bagel."

If this was a in a ship from the Royal Navy I'm pretty sure that OPS would be Jingles... :P

Now, what's the laziest thing YOU ever done?

I'm actually very surprised to see a WoWS video like this with English dubbing, Naval Legends "The Soviet Sevens":


Wargaming please do this to your historical videos from WoT as well!


Almost forgot to tell you! World of Tanks is giving an amazing prize this Christmas... wait for it... wait...*drums* A GARAGE SLOT!

Check it out on this video!


It made me laugh, I like what these guys are doing. :D
Posted by Unknown at 09:38 No comments: