Will be streaming in the next couple hours some World of Tanks.
Today I'm in the mood for some Subscriber platooning: http://www.twitch.tv/ritagamer2

Let's HESH them good!
Posted by Unknown at 18:39 No comments:

- IS-4 armor is correct (some players are complaining that the driver's hatch is nerfed compared to pre-HD IS-4), same goes for allegedly broken IS-4 mantlet;
- Storm states that the amount of mistakes WG makes with HD models is acceptable: "one mistake per patch which is found in the test and fixed";
- Storm doesn't consider the fucked models (T-62A, flying M55 turret etc.) terrible - "such mistakes happen all the time, for one reason or another. It's nothing that terrible, we will find and fix them."

Some RU players complained about Super Pershing mantlet and claimed Storm confirmed a mantlet bug while Storm denied it at first. They got Storm mad:

Storm: "Writing shit is funny and interesting. My 'answer' was written BEFORE this test."
Player: "Only poorly educated people swear."
Storm: "Fuck off"
Player: "Storm, go fuck yourself."
Storm: "Right back at you."

Later on, he however confirmed in another thread that the Super Pershing mantlet is indeed bugged - in 9.7, the mantlet is way too thick and too difficult to penetrate. However, considering the Super Pershing is a premium tank, WG will likely leave the mantlet bugged (much thicker than it's supposed to be) since they don't want to nerf the armor in 0.9.8. Developers have not yet decided about the correct solution.

- It's possible that the IS-3 armor doesn't correspond to the drawings because it's based on real life vehicle measurements. If mistakes are found, it's possible there will be fixes.

And the Daily... oh no what an atrocity! 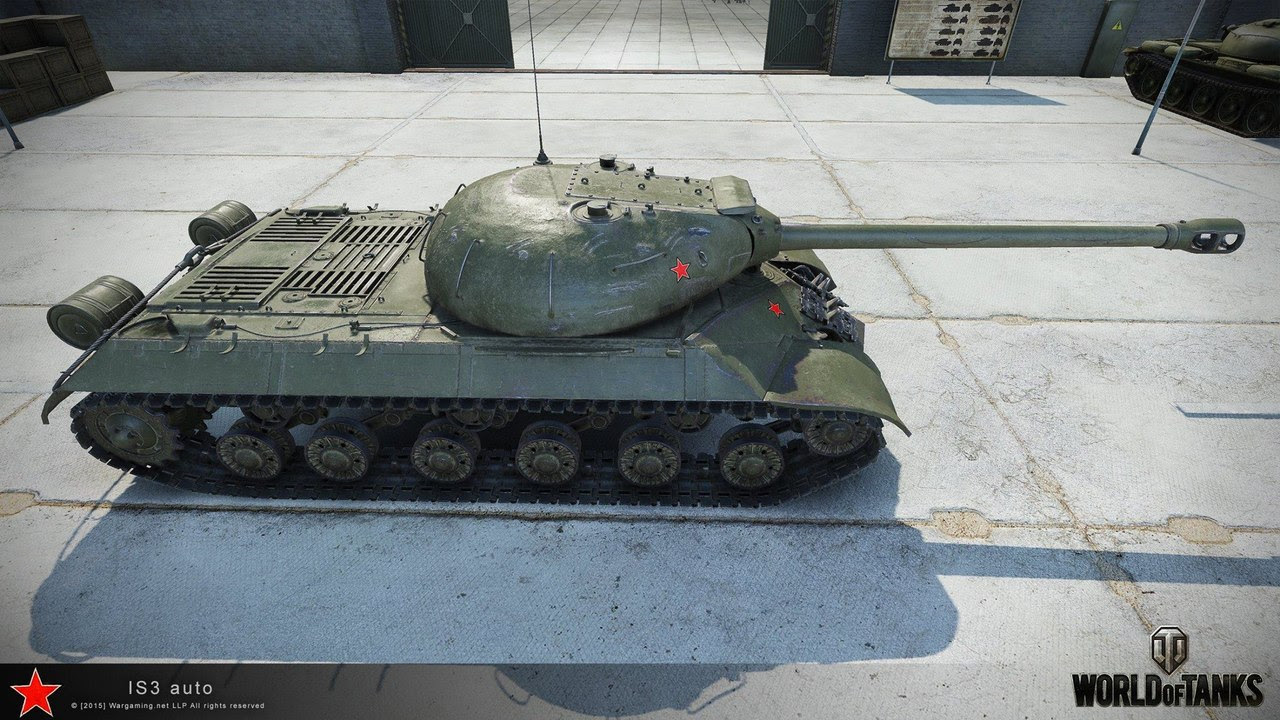 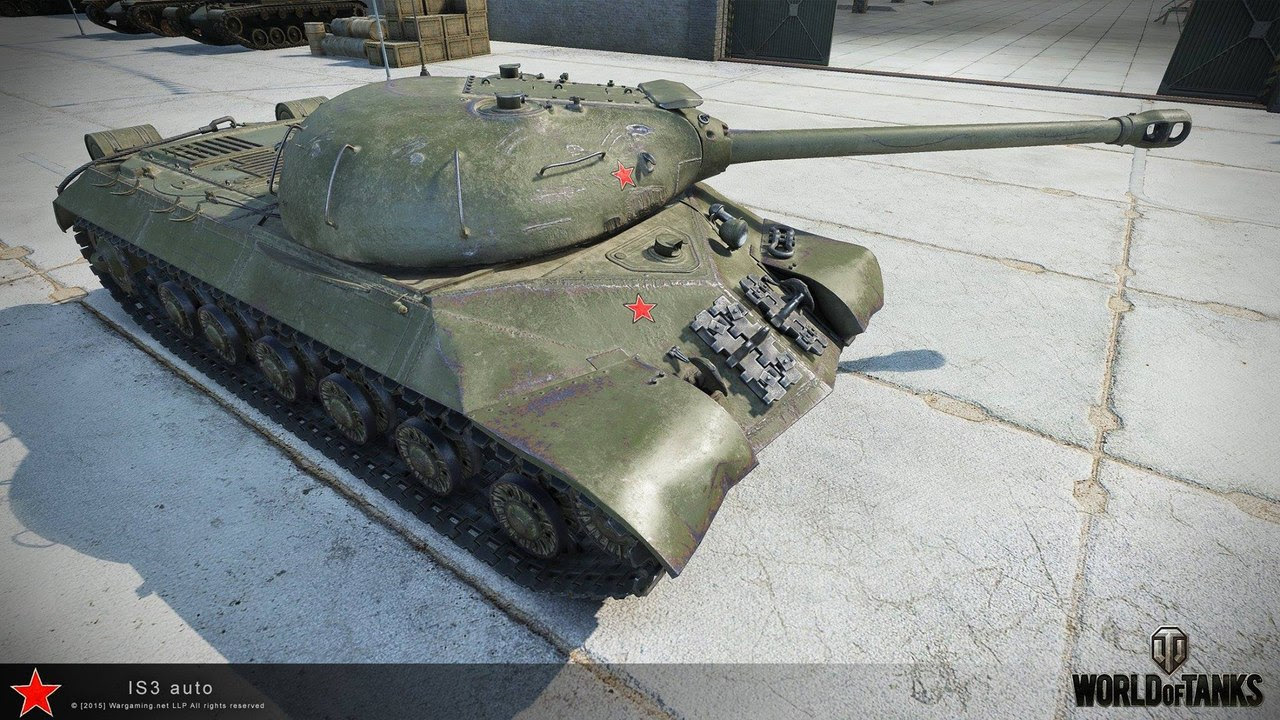 Check out the garage render of the Japanese Tiger: 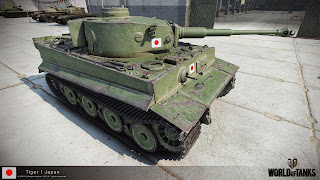 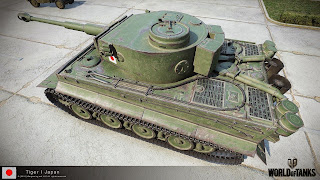 We will be able to play it during the Early Access stage of AW testing.

Note: It was SilentStalker who wrote the script for the video, isn't he doing a great job?

Check out the photos that Jengkins took from the Ho Chi Minh War Remnants (he says that people still use Saigon as the city name but officially it's Ho Chi Minh City) and the Vietnam military history in Hanoi: 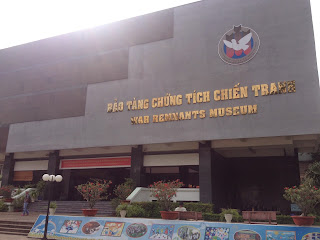 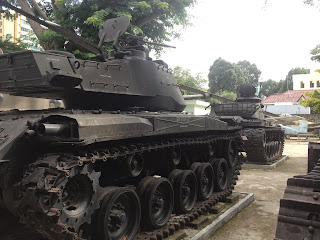 Premium vehicles to be removed

Its official, the WoT portals just announced that the following tanks will be removed once 9.8 arrives:


Personally, its indifferent for me that they will be removed, they are all "not too shabby" but nothing special like the TOG II. Perhaps the SU-85I and the Pz.Kpfw. IV Schmalturm would be worth getting (if you don't have them yet).

Thanks to Celestia for this one!

here's a fresh batch of info from the Insider. Right off the bat: do you remember the leaked perks and skills from the Insider that Storm called "fake"? Well, apparently they are coming in the next update of World of Tanks for Xbox (along with the Xbox One port). The PC version is still being considered. The same perks/skills. For PC they are still actually under consideration and it's possible (but not certain of course) that some of them will appear in the PC version as well.

Regarding the penetration test:

The numbers that were leaked were far from complete. The penetration nerf also includes some tier 8 and tier 9 tanks (below tier 8 it wasn't touched, tier 7 tank penetration will not be nerfed - it's possible only some lower tier gold ammo will be changed). The main idea is: penetration now is officially a balance value, there is no more need to argue with penetration historicity. The penetration values that leaked are NOT final (although the E-100 change apparently performed well and will likely stay).

The idea the developers got is the following:

These numbers might of course vary from the final product, it just demonstrates how the developers are thinking. There are some concerns that 230mm for mediums might be insufficient to even fire at the sides of a tank. One developer on penetration changes:

"A noob's dream is to drive the "perfect tank that can penetrate all its shots and bounce everyone else's", so its either up-armor everyone's tanks or reduce the penetration - obviously, the penetration change IS sekected for the sake of bringing armor into value again and because having an IS-7/IS-4 with 400mm armor would only make it ridiculous, driving top tier doesnt mean you have to penetrate every of your shots, that's why armor exists."

- the devs are also still considering the remove the 155mm gun of the Foch 155 and replace it with 5-6 round 120mm gun.
- the IS-7 armor is fine, it's very durable from front
- IS-4 frontal armor was slightly buffed, it won't be changed
- the Super Pershing armor was confirmed NOT being screwed up, it's actually the Tank Inspector problem
- one of the ideas to rework artillery is to artificially prevent one-shot kills (not high damage shots, just kills) that are responsible for much anger. Basically the damage would be "cut" so the tank stays alive.
- most of the Overlord map bugs will be fixed in 9.8. Gameplay-wise, the map is considered very, very good, players like it and more maps will continue in this trend
- there will be apparently a personal poll (sent to individual players) about their ideas regarding artillery fix in WoT. Players that will answer crap like "remove arty from the game" (ranting against artillery without constructive ideas) will be removed from any future feedback polls
- there is apparently a weird trend on the US server where players are actually blaming non-NA players for "cluttering up" their servers, "increasing their ping". According to WG support service, this is pure bullshit.
- first German ship in WoWs will come to supertest "soon"