Its time for my scheduled stream.

Tonight will be playing World of Tanks and get some Sub platoon going, its been awhile.

Engage!
Posted by Unknown at 20:43 No comments:

there are rumours circulating around other blogs that these images bellow will be the upcoming Chinese and Japanese tanks. I refuse to post anything important such as this without checking with my valuable sources and all came out saying that those news are a fake, both of them! 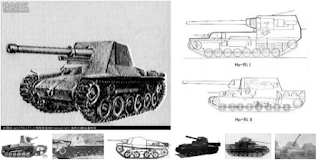 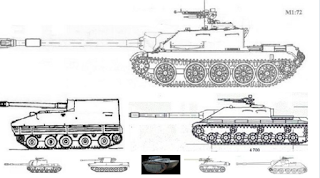 Note: I will be making separate posts for each tank that received the biggest changes as they are picture heavy and then stack the minor ones together in one post.

a new World of Papoj is out!

was starting to get worried that Tank Chats wasn't going to come this month... this time, my favourite tank story-teller grandpa David Fletcher from The Tank Museum talks about the Crossley Chevrolet Armoured Car:

took screenshots and made Gifs of the KV-1 Armor and 3D model changes, all neatly packed. I'm going to start doing these to help you visualize better the changes.

Lets remember what was posted a couple days ago:
- Beak between the autobounce plate and the LFP is now 110mm on the LFP and 65mm on the autobounce plate.  Was 115mm on both before.
- Driver and MG weakspots removed, but the 60mm part on the rear hull is now 50mm.
- UFP nerfed from 31° to 30°, LFP buffed from 21° to 30°.
- 30mm zone for engine deck now covers more, ended about when it's under the very rear of the turret.
- Mantlet shape is more flat for the 85mm and there is less overlap between the mantlet and turret armor.
- MG weakspot on the rear of the turret is removed on both turrets.
- Turret front slope buffed from 11° to 19°.
- Most periscopes removed from the hitbox on both turrets.
- The stock turret front slope is buffed from 16°-11° to 19°.