some Siegfried screenshots for you: - Regarding the players complaining about lag and packet loss: no amount of WoT optimization will make the data travel faster from server to WoT and vice versa;
- Current clientside Bigworld has nothing to do with the original Bigworld engine, it was reworked over the years to a WG-only engine;
- In 9.9 more than a half of the game engine code was switched to a "different engine";
- Soon the new WoT engine will be heavily upgraded further;
- This upgrade will bring significant improvements to performance and image quality;
- Storm states that the number of spotting rays will not form a whole globe (removing the "ray" system): the rays will stay and will continue to run from the tank viewports to the spotting points of the tanks that are within the vehicle viewrange (spotchecks are not made against vehicles outside of viewrange altogether).


Today nearly spat my drink after having this sent to me by a friend. It cant be unseen: 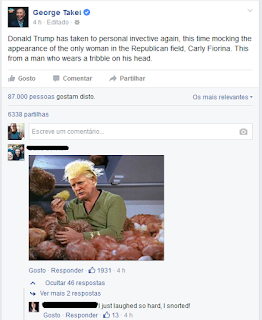 here is the video version of the upcoming changed Siegfried map:

when you have Asian genes whispering "tech" wisdow but you got raised as being part of crazy Russia this is result... How the people from Buryatia play World of Tanks:


That guy laughing in the background cracks me up every time. :D
Posted by Unknown at 18:14 No comments:

now, this is how you make a map trailer! Check out the Lost Island Map Trailer from Armored Warfare:


This map's ambient reminds me so much of Dead Island and Far Cry 3 but definitely without the bugs of the first and the shanking psycho love making witch of the second.

This map is already available in the Phase 5 of Early Access.
Posted by Unknown at 15:56 No comments:

check out the newest Dev Diaries from Master of Onion... Orion!

I've always been a sucker for Sci-fi games, as of lately been playing Fractured Space (Hunter class ship) on my free time. Cant wait to try this one too.
Posted by Unknown at 15:04 No comments: