If you want to know more about his history and how it got introduced in game hop into this link: http://aw.my.com/us/news/general/introducing-t-90-vladimir-mbt
Posted by Unknown at 13:42 No comments:

Random news: The alibi of Zaur Dadaev, the man accused of killing Putin's opponent Nemtsov in Russia? He was playing World of Tanks.

- Storm states that the bugged HD Patton model will not be corrected in 0.9.9
- there is no decision about what to do with side M6A2E1 armor (apparently it's incorrect)
- Storm on some of the tanks in WoT being unhistorical: "There are issues, sure, but we are mostly trying to make the tank characteristics fit real life data"
- the abovementioned doesn't necessarily apply to Super Pershing as it is a premium tanks and those fall under special conditions
- Storm admits that there are issues with ingame mechanics both and with some of the vehicles, they will be fixed
- switchning Bigworld to another (more advanced) engine is not a good solution and would be pointless: "Any engine can be developed so far that it has practically nothing to do with the original version."
- Storm states that the notion that "the most imbalanced vehicles in the game are also the least historical" is not true
- Storm states that personally he doesn't like "historical" aim reticles (with numbers and such) because the more stuff he has in the middle of the screen (around aiming reticle) the worse
- after the Japanese heavies are introduced, there will be a larger rebalance of older vehicles so they aren't worse than the Japanese heavies
- the fact that you can now disable the "event" vehicles in your garage carousel by a filter in 9.9 test 3 is a result of Storm's "whining" (pushing devs to put it in)
- improved garage filters will be done hopefully soon according to Storm
Posted by Unknown at 11:03 No comments:

Just a heads up

Just to warn that I'm currently in Czech Republic visiting SilentStalker so the posts will be sporadic. 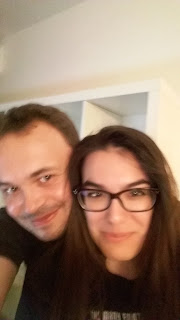