Because I'm not going to repeat myself a third time this year. 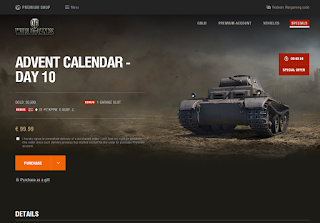 seems like the Sentinel AC-1 made its way into WoT Blitz as well:

nothing like having blue screen of death PC issues, fixed it and I'm Bach.

Sharing some photos...
After the end of the war many PzKpfw V Panther and Jagdpanthers were sent to England, some were abandoned while others used as targets for test firing of the British army. 50 Years later a private collector spotted one of these at a shooting range, he bought and restored it to running condition: