I currently have game development pouring down my brain and need a couple hours of some more relaxing work. I want to make sure you gets things as perfect as possible.

I will be livestreaming for the next couple hours, get my dailies done and continue some grinds (in particular soviet TDs and Czechoslovakian Tech Tree mostly): http://www.twitch.tv/ritagamer2

Steady as the Tortuga goes!

Oh and btw... you dragged me into the "Most Viral" on imgur while I was asleep! You cheeky buggers! http://imgur.com/gallery/JKLuzje

when I arrived back home from Cyprus received another outcry that players are not just being unfairly banned because they belong so certain clans but also if they are seen in battles with the T-22 sr. , this is a old issue that I've written about before, if you are interested: http://goo.gl/4YpYws

The only thing I would like to repeat is that yes, there are some clans can be quite infamous due to their frequent racist or/and elitist remarks and yes the T-22 sr. missions were widely rigged but people lose the right to complain once they start giving reports when those players are not misbehaving or there is no proof that they indeed rigged.

Things are reaching a point that just being a good player is enough reason to be reported by randoms, for example Mistercro, he got banned yesterday while doing a charity livestream (which got fully funded! <3), he keeps himself clean in-game chat and is a down to earth guy. He skyped me a printscreen as example of the sh** he gets: 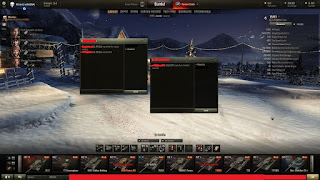 On the English EU forums, Ectar (EU EN CC Manager) had this to say:

I know that this category for reporting is a pretty hot topic at the moment. Feedback has been sent on to our Customer support team and we'll see if there is any changes that can be made. I can't make any promises but I can assure you I've spent the best part of this week gathering feedback from various threads and showing examples provided from players."


But over the Spanish community, Delhroh (NA/EU ES CC Manager) is open for suggestions, I translated for you what's written in the language of my neighbours:

Created this topic to gather your suggestions and opinions about the in-battle report system.

Please, answer to the following questions to facilitate the feedback gathering:

We wait for your impressions!


Note:
-Just to be clear, this isn't a EU staff coordinated feedback gathering, its Delhroh's.
-And please understand that smaller language communities are friendlier and easier to control hence why EN wasn't so open as ES.

-If you do not speak Spanish please refrain from typing in Dellroh's topic (Google translator wont work!), you can however, give a constructive opinion on the comment section bellow here. I will be reading and I'm offering to compile and properly translate your feedback to him!

The Unicum Guide to the Löwe

the eccentric Sliphanton is back one another "Unicum Guide", this he reviews the Löwe:


Its really nice seeing the Mr. Löwe Lover being given some appreciation and couldn't agree more with the author of the video.

I got my first Pools in it and also got the Maximum Experience per Battle on both my known accounts with this vehicle, its a really nice machine, if you treat it the right way. :)
Posted by Unknown at 16:49 No comments: