- Wargaming is currently in negotiations with Russian energy giant Gazprom in order to establish some form of cooperation
- the "gas cloud" mechanism from 10.0 will be replaced by something "better and more atmospheric"
- in 9.12, Steel Hunt will have two maps, Domination five
- the fate of Paris map? "If we decide to implement it, we will tell you"
- the FV4202 premium mission conditions ("free FV4202") will be announced on 19.1.2016, you will have to have the Action X in your garage to get them
- in 9.12, South Coast is being removed from random battles because it was monotonous and most of the battles ended the same way
- the map Paris was removed as a reaction to the terrorist attack
- too early to talk about WT E-100 replacement officially
Posted by Unknown at 23:34 No comments:

This Fallout 4 widow is going to livestream some World of Tanks in the next couple hours, probably today I'm just going do some normal grinding, will see. 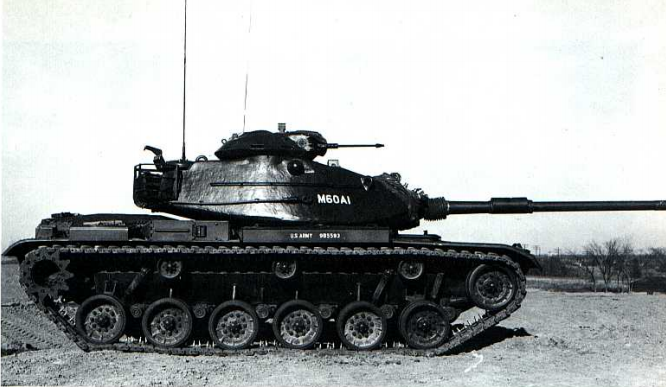 This will be the final instalment for this series about American Medium tank developments. We will wrap up looking at what are some options for Wargaming to implement several of these vehicles. In the past few years Wargaming has been very short sighted at times, causing a few black spots in the American tech tree.

Consider the M60A1's peers at tier 10 that were mentioned in the previous part. Several nations enjoy their first generation main battle tanks at this level.. Even if not called directly a “MBT”, they embodied the MBT doctrine of the later Cold War. So the M60A1 could be considered contemporary, but the next hurdle is whether or not it’s too advanced. The first M60A1’s had no advanced ballistic computer, no gun stabilizer, no laser range finder, no smoothbore weaponry, and no composite armor, thus it has no fancy gizmos to disqualify it either. We move to the next question, if it could be balanced, where would we put it? Now here lies the clear issue. To be there alongside its “classmates” and join in on the fight Wargaming would have to do some shuffling. There are a few possibilities though, so let’s take a look:

Paris Map to be removed?

after the Paris attacks I kept wondering to myself what would be Wargaming move on the Paris map that is suppose to come in a matter of hours in the 9.12 patch and as I expected the map very probably will be cancelled. A staff member has said it on the forums but there should be official words soon. 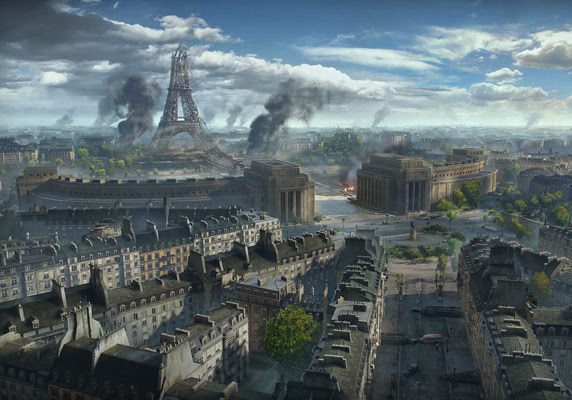 I know Wargaming is careful with this type of subjects, they even changed this upcoming patch to 9.12 to avoid discontent from the NA players over the 9/11 NY attack...

...but, I actually would like the map to stay. What the scum sucking weasel minded smegheads that orchestrated the attacks want to see is people recoiling, that's the mentality of an abuser, they feed on fear and they feed on the tears, deny them that and they will rip their chest in frustration.
By removing the map WG is giving just that.

This just crossed my mind, what would be even better, yes WG, remove the Paris map but temporarily! Scrap all the Rampage stuff and add something fun like a race track but instead of Chaffee, gives us ELC AMX bis! Create some French oriented mission/reward (flag, anything), even sell a bundle with some Frenchies and donate part of the earnings to whatever you see fit! You would earn more respect by doing that, still make money and the players could have fun while standing strong for Paris!

So, I was checking the emails you sent and multiple people asked "Hey Rita, why haven't you shared/what about the Erlenberg map changes?"

Well lads is just another hoax, I mean just look at it:

things are very slow and to be expected after the 10.0-9.12 but have a couple historical articles for you coming, meanwhile will share this video that just appeared in my youtube feed, "Crack that Tank" (1943):

It reminded me of those Fallout 4 instruction videos...