as Yuri Pasholok predicted some time ago, a purge began in Wargaming EU. Numerous community management people got fired (allegedly for incompetence) including the popular English posters Erissa and Grimbru. Wargaming is now looking for around 16 people to replace and from what we know, this could only be the beginning. If the mother company (WG RU) is displeased with EU performance, it would only be logical to start firing incompetent higher management.

- regarding the collision models that were fixed in 9.9, Storm states those were just small triangle areas in the rear part of the vehicles where the sides and the bottom armor areas meet
- Storm states that the patch 9.9 is of very high quality with minimum issues and with a large number of fixes
- Storm admits he was wrong in the M46 issue (he claimed the vehicle height did not change), the matter will be investigated
- there will not be a German branch of post-war TD's (such as Kanonenjagdpanzer)
- T110E3 armor will be fixed, the finalized version will be available only in 9.9 release (the test one is wrong)
- it's not decided yet whether AFK Panther will return in some form or not
- Storm commenting on Armored Warfare: "Success is not in graphics, but in gameplay. If they have good gameplay, they will get audience. If not - then they won't. We can already see an example." - later he adds: "They have problems and some of them are serious, more than that I cannot say."
- SD model gun muzzle circle has 12 polygons, HD has 24
- Storm on night battles: "Do we need them? What makes them better than day battles?" and later he adds: "First we need to fix the lighting. Then we can deal with this crap."
- Storm on various ideas intended against bad players: "Bad players too have to find the gameplay interesting."
Posted by Unknown at 19:48 No comments:

I'm sad to confirm that according to inside sources there are currently no plans to introduce the Chaffee with the AMX 13 turret to the PC version of world of Tanks. The same thing goes for the T-34-88 premium tank.
The Chaffee with the AMX 13 turret was originally planned for introduction a very long time ago but unfortunatly the developers decided to not do it for now.

little update, its possible that 9.9 patch will come today for the RU server and there isnt a current date for the other servers but shouldnt take much time.
Posted by Unknown at 13:28 No comments:

I've been reading your emails before heading out to buy some souvenirs for my Royal Navy sailors and get to the airport.
An email from Marius G. made me giggle, in Lithuania a WoT clan gathered for a meeting/picnic, they made a fire and one of them brought a Serb doll... I assume what happened afterwards was some sort of ritual for good RNG: 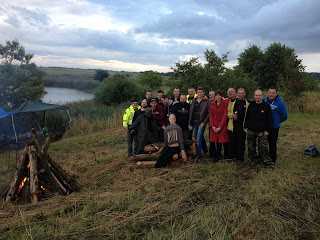 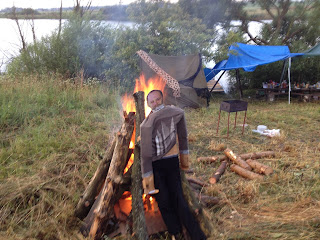 Its amazing the amount of attention (good and bad) a single dev can generate. I've talked to various people out of curiosity that trust me enough (I wont put their names out) and have meet Serb multiple times and everyone says he is actually a good sport, knows what he is doing and is fun at parties.

(I sure would like to get invited to one of those WG parties... hehe...)