- "Statistics will show" whether the Overlord map will do fine;
- In the 9.7 the IS-2 description is wrong (the Russian one says it has 120mm of frontal armor) but this isn't really a priority and will have to wait until 9.8;
- Storm is aware of the bug where light tanks and artilleries are getting stuck in MM queue in 9.7 - WG is already testing a fix but there is no exact ETA on that;
- Gold shells were not "stealth nerfed" in 9.7 (some guy is complaining about bad RNG);
- Storm is annoyed that mentions of Armored Warfare now appear in many posts on Russian forums (doing that results in a ban);
- It's completely possible for older HD models to not have tracks hanging on the hull modeled as additional armor, the praxis of using them as extra armor zones only started in 9.7;
- Russian players continue to whine that IS-4 armor became worse in 9.7. Storm states that quite on the contrary, it actually became better. It was checked very carefully.

Armored Warfare just uploaded the trailer for their early access and also announced the arrival of their Founder's Pack bundle program and the early access test start.

Went to check the prices for the bundles and have to say that they are pretty fair, not like the idiotic prices (sometimes over 100 Euros/Dollars) I've seen from other early access releases and the game for its early stages in one of the best I've played. And last but definitely not least, pleases me that that Obsidian is actually listening to the community opinions to improve their game, this weights a lot in my conscience.

I have to say thank you all for the positive response in the previous article. Now I would like to imply that this article may contain many disputes because history can be twisted depending on which side you are on and which way your government wants you to think. So I will try my best to give a third person perspective and background knowledge behind this event so you can decide for yourself.

This article mentions the fight for the T-62 on the disputed island, how both sides tried to recover it and the various secret methods both sides used to either sabotage it or protect it. Including secretly recovering it from the river and the spies that were used to destroy it.

Now as I have mentioned in the previous article China’s medium tank project was in a standstill when many technical problems were met. In the 1960s and 1970s, China had a really big industry problem in which facilities and infrastructures just weren't there to provide experimental data. I have to highlight that I personally pay plenty of respect to Chinese scientists like Qian Xuesen (Tsien Hsue-shen), Deng Jiaxian, Liu Xianzhi and many others. These scientists (if you google them, you will see they are very big scientists) left their old lives abroad and chose to return to China and work very hard even with China‘s starvation that was so bad that even China's chairman didn't eat meat for 3 years. So I pay them the greatest respect for giving up their wealthy lives abroad to come home to build a better motherland, it was very unselfish of them. (You might be thinking what's this to do with this T-62 story, just wait and you will see).

A vast part of Russia's Far East was part of China in the 19th century but during the century of humiliation, China became weak so Russians attacked the land and China was forced to sign unfair treaties. 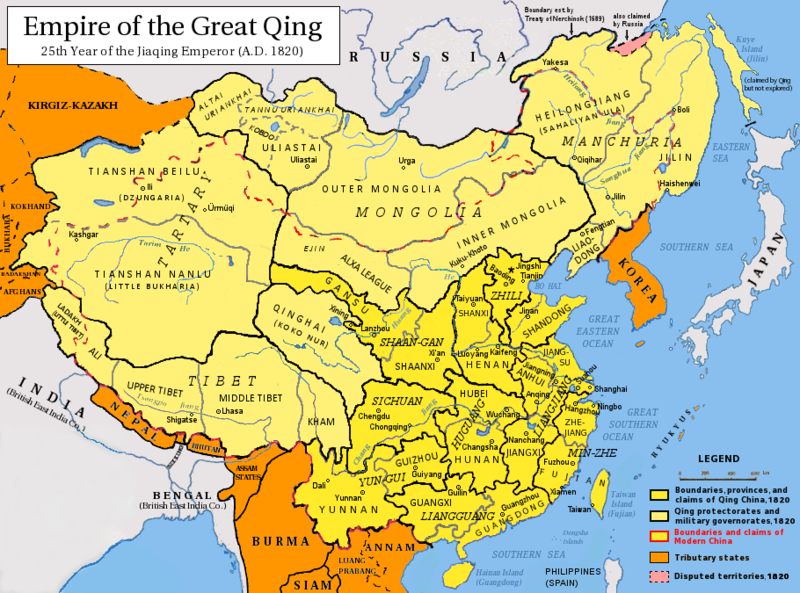 Its final characteristics are as such:

One of the Russian youtube channels of Wargaming just uploaded a video of a SU-100 restoration, it took this gentlemen over 6 months to completely restore the tank:

I just love tank restoration videos, the subtitles are not the best but they are understandable, will keep my eyes on the feed and see if Wargaming uploads a English version, it's silly and a waste of a very good content if they don't.

And by the way, at 9:33, is that the Russian Robin Williams?