on EU, NA and SEA, there are players reporting that Fisherman's Bay been causing them crashes mainly in the in the North Spawn area.
Due to lack of care from staff (except SEA) I asked the players to point out on the map where did the bug hurt them and merged the information I gathered from the 3 servers in this map image: 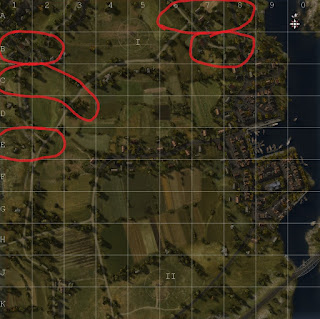 This problem is not connected to mods or bad PCs, players who run vanilla or/and have good PCs been reporting in as well, and not only just the game crashes but it also provokes a freeze which can be only fixed with a computer restart.

For those who are having this issue I went on a search for a fix and only could find this:

"Well, after many more crashes and trying everything I could think of, I finally found a work-around.
I used to run my client SD with Improved Graphics.
I tried:
1. HD Graphics
2. Update graphics driver.
3. Adjust almost all the graphics settings 1 at a time.
4. Re-downloaded the whole game.

None of that worked.

I finally switched to SD/Standard graphics.  That fixed it."

The devs are not aware of this issue so far.
Posted by Unknown at 07:42