here is the second and final part of the Cyprus meeting, with Marcus Schill and Viktor Kislyi: 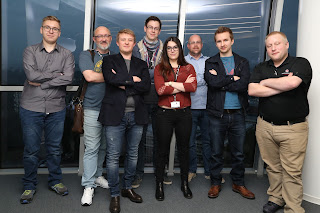 Marcus Schill:
About Premium tank bundles and the fact that many people from certain countries in Europe cant afford the price of a premium tank packaged with premium time and gold, and even people who can afford it often won't because they just want the tank; the issue has been addressed. Wargaming have begun offering tanks as standalone vehicles or as part of a bundle.  They also plan to look at ways of making the bundles more attractive, with the possibility of including things like xp boosts rather than just gold and premium time.
Another issue with the premium shop bundles was that it wasn't obvious how much value for money they actually were.  People were just seeing a premium tank with gold and premium time for a large amount of money.  It wasn't apparent from the premium shop page how much of a discount you were actually getting on the extras unless you stopped to compare prices.  While this wouldn't have done anything for those who just couldn't afford the bundles, they could have done a better job of explaining how much you were getting for your money for those who could but were put off by the price.


Viktor Kislyi:
Five years ago, WOT was new.  There were only 100 tanks in the game and many players had memorised the key stats of each tank, enough that they knew what they could penetrate and where the weakspots were on what they couldn't penetrate.  Now there are around 500 tanks in the game, sometimes you log into a battle and don't even know which nations some of the tanks come from.  The game has gotten bigger and more complex with each new patch, of which there have been around 60.  The game needs rebalancing. Premium tanks, the role of certain tank classes, artillery, maps, certain game mechanics, all need to be looked at.


The game is a living organism.  After almost six years (if you count Russian Open Beta) the game has grown beyond the expectations of the designers and they're very proud of what they've achieved, but at the same time they recognise that with each new patch the game has gotten more and more bulky and some fat needs to be trimmed. 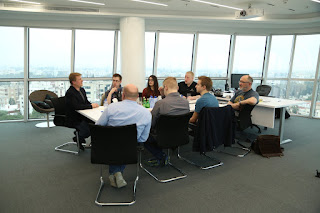 The problem is that in an ecosystem as complex as WOT there are no easy fixes.  There are no on/off buttons that can be pressed to make everything better.  Every change made to the game can have many unintended consequences.  Change maps to help heavy tanks?  Light tanks become useless and artillery becomes too powerful.  Nerf artillery?  Tank destroyers become too powerful.

In the beginning the WOT audience were military history buffs, ex-military, tank enthusiasts etc.  "Selling" the game to this audience was easy.  Today the game is played by everyone from five year old kids who play with their fathers, through teenage gamers to professionals like doctors and lawyers.  They all like different things and dislike different things.  Any change is always going to make some people unhappy and others happy.  We as a company would rather have lots of players who spend a little on the game than a few players who spend a lot, so it's important to use to try to keep as many people happy as possible.  Even the happiness of the 75% of players who never spend any money on the game is important to us.  They may not spend money on our game but if we keep them happy they may recommend the game to friends who may spend money if we can entertain them too.  This has always been our approach to World of Tanks, we were never interested in making a "fast buck" from the few rich players.  Our policy has always been "long term value".  We'd rather have a player who stays with us for five years without paying at all than a player who spends $100, gets upset, stops playing and spreads negativity about the game.  Even the non-paying players are part of the battlefield ecosystem.

We always wanted the game to be the same all across the world, and our price point is Russian economy-based.  Russia's not the richest country, most people who play in Russia play on old PCs that they saved up for and built from parts themselves.  We could have easily in our first year of expansion doubled the prices in the EU and USA because the disposable incomes were so much higher, but we stayed on the Russian level of monetisation. 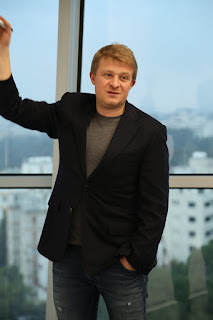 As a young man I could have had a career as a chess player or as a physicist, but games were my passion.  I was lucky have some friends who shared this passion and found ourselves in a position where we were able to share our passion with the world.  It's now 20 years since my first computer game and things have changed a lot.  A small and passionate team can still make a great game, but it's not likely to be a successful game unless they're very lucky.  These days it takes a big team with a large development budget and an even larger marketing budget to have a good chance of making it.  You have to spend years of your life and millions of dollars making your game and have no idea if it's going to succeed until you release it.  No-one sets out to make a bad game, and yet bad games get made.

I think we did a good job of bringing free to play to the world.  We weren't first, League of Legends did well, but we looked at the free to play model, launched it in the East, modified it and brought it out in the West and were very successful.  We were copied a lot of times, sometimes direct copies, sometimes "inspirational" copies.  That's okay, World of Tanks was inspired by certain games as well, no-one produces anything without inspiration.  We're now being inspired by League of Legends' success in e-Sports and I'm happy that we inspired a lot of developers to things "right", even if they are now our competitors.

Now we have sixteen offices worldwide and thousands of people working for us.  Not just game developers.  We have administrators, lawyers, facilities managers, custodial staff, all the things you need to have to ensure you have the best possible people working for you to do the best job they can.  It's a very risky business, in spite of all the success.  Managing all of this is a challenge.  We have Australians, Germans, Russians, Belorussians, Ukranians, Americans...  nationalities who may at some points have technically been at war with each other, all working for the same company and all trying to ensure that each new patch brings something new to World of Tanks.  It's not easy managing all of this and still trying to generate that "Wow!" feeling 60 times through every patch release, but we don't give up and we keep trying to do this.

We have our ups and downs, we take hits, not everything goes well.  It would be easy for us to blame the Russian crisis and this war or that war, but we look inwards instead.  We can't do anything about world politics, but we understand that the problems our players experience and complain about are our own internal problems. 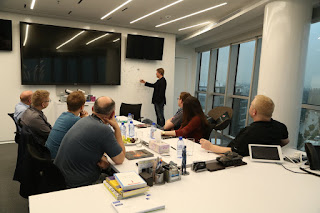 For 2016 we want to focus on improving the game mechanics rather than doing the same thing we always do and just introducing new tanks, new maps, new game modes.  That doesn't mean we won't be introducing any of these things, we will, but we also want to invest a lot more time, money and effort in addressing the concerns of the players and making long-needed changes to the game.

World of Tanks made a lot of money, but we didn't all buy tropical islands to sit on drinking martinis.  We invested that money in other development studios, expanded our operations into Europe - not the cheapest place to expand, as well as the USA, China, Korea, Japan.  This was very risky, you have to spend a lot of money with no guarantee on your investment.  An example of an investment that didn't pay off - World of Warplanes.  A very expensive and time consuming investment, and it's not a successful game.  We were smart enough to have put our eggs into more than just the World of Warplanes basket, and other investments are paying off.  Here's a Warship game for you.  You don't play on the PC?  Here's the XboX version.  You want to play on the train on the way to work?  Here's the mobile version.  The budget for WOT Blitz was actually a couple of times bigger than the initial budget for World of Tanks!

We are very proud of what we have done, what we are doing and what we are going to keep delivering for the next 10 - 20 years. 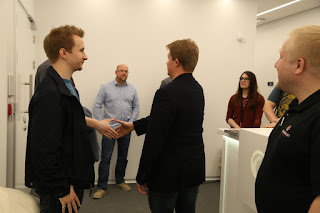 You can find a Russian version of this article which I've authorized and sent data beforehand in Edrard's blog: http://goo.gl/GZ8pTU
Posted by Unknown at 20:45