Armored Warfare will be introducing the Chieftain Mk. 6, there is no date yet (more details coming next week) but so far the only information available is that it wont be sold, instead, Obsidian will be giving plenty to go around codes to their favourite content producers who then will distribute it among you, I personally already got my vehicle and took some screenshots and wrote down the statistics for you.


As you can see, Chieftain Mk. 6 looks just like the standard Mk. 5 but prettier.

Note: Because the statistic page updates its numbers I stripped the vehicles of crew skills and retrofits.


Statistically, its like a cooked to medium rare Chieftain Mk. 5 but numbers are not everything, in-game the thing actually feels better than its standard version which I tell you, I don't like it! Chieftain Mk. 5 was nothing but a boring bile inducing obstacle I had to take to unlock my beloved Challies. But this MBT, I'm actually having fun with it!

-Chieftains in AW can be quite sluggish and clunky, because there is no mobility retrofit slots, its imperative you place it on the Universal. I tried the Upgraded Transmission (+Acceleration only) but it took its manoeuvrability away (it gained idiotic speeds without being able to turn) making the Air Induction Precleaner a more logical option.

-Chieftain Mk. 6 has one of the worst armor values (compared to other MBTs of same tier) so stack on those Hit Points! Internal Hull Reinforcement is the first rational option, on the second slot I opted for Reinforced Ammo Rack because I've noticed that this vehicle gets the ammorack damaged more often than its engine or crew.


-This MBT already has a insane Aiming Time due to its Lvl. 5 crew and the damage it deals is not bad so I opted to go full on the Reload Time with Advanced Thermal Sleeve.

Chieftain Mk. 6 Statistics with these crew skills and Retrofits

Note: With these I went from a mediocre 5k to +10k damage.


Uploaded a stream highlight of my first battle in it if you are interested: 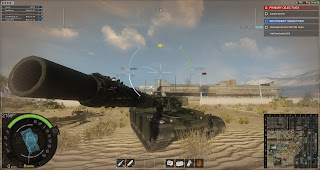 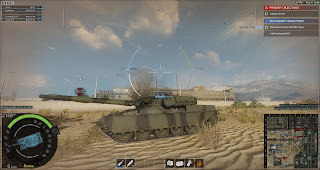 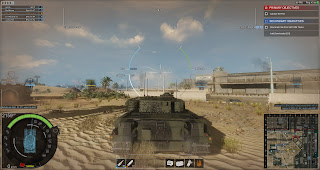 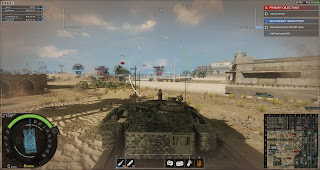 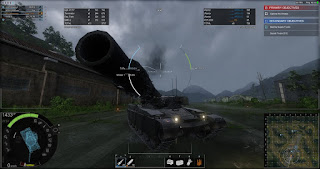 I haven no email from Obsidian yet but if they give me codes most likely will be giving them away on livestream, its easier to gather people and at the same time I can show that the giveaway is being done legally.
Posted by Unknown at 22:50