Yuri Pasholok made a whole collection of photos of the G-13 tank destroyer in Thun. Let's have a look at them. As he correctly states, of cca 80 "Jagdpanzer 38(t)" vehicles in the museums worldwide (or "Hetzers", as they are incorrectly called), only about 12 are real vehicles, the rest are Swiss G-13 conversions. Some even retain the typical G-13 identification (the muzzle brake and roadwheels and tracks on the sides).

By the end of the war, around 150 Jpz 38t vehicles were left in the Škoda factory on the assembly lines. According to Soviet documents, these vehicles carried the internal company name G-13 by then (this is unclear - other sources state this was merely an export designation). Apparently, these vehicles were first offered to the Soviets, but the Soviets refused. Luckily, the Swiss came along with their interest in them, a part was transferred to the re-estabilished Czechoslovak military under the designation ST-I. The vehicle roughly matched the Nahkampfkanone II prototype - the main advantage was that some were already assembled instead of just reaching the prototype stage. 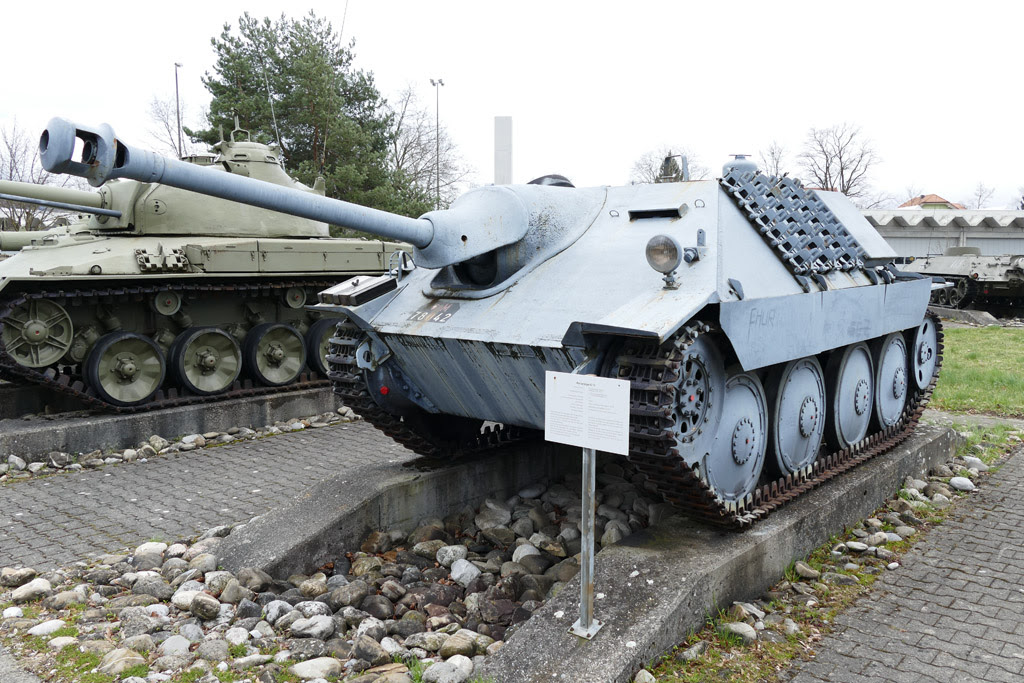 As was written above, the G-13 differs from the wartime Jagdpanzer 38(t) in multiple ways. The most obvious one is the gun - the original 75mm PaK 39 was replaced by the 75mm StuK 40 (L/48, used on StuG III). This wasn't a design choice - Škoda simply did not have enough PaK guns to go around. The export G-13 was thus equipped with the more abundant StuK 40 while the domestic vehicles (ST-I) were armed with a mix of PaK's and StuK's. A part of the vehicles had (already in Switzerland) their original Praga AE engines replaced by Saurer CH2DRM diesel engines.

The G-13's served for cca 20 years and were only phased out in 1973 when the remaining vehicles were mothballed - more than a half of them survived to this day actually and were gradually sold off to private owners or museums. Some were converted to look like the wartime "Hetzers" but the one in Thun is an original G-13 with all the differences that come with it. 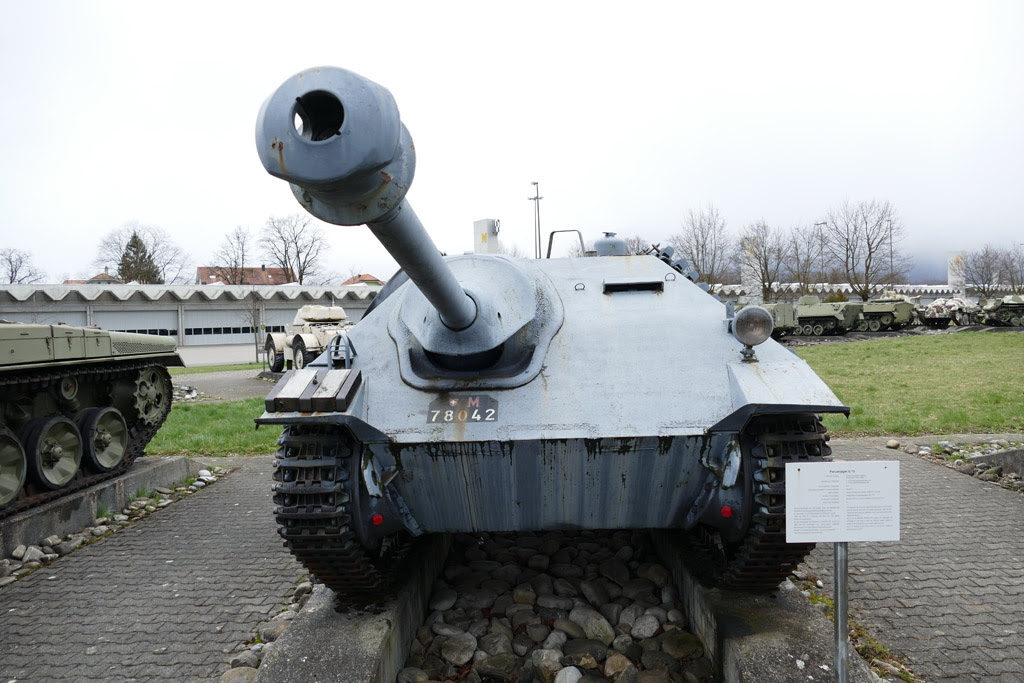 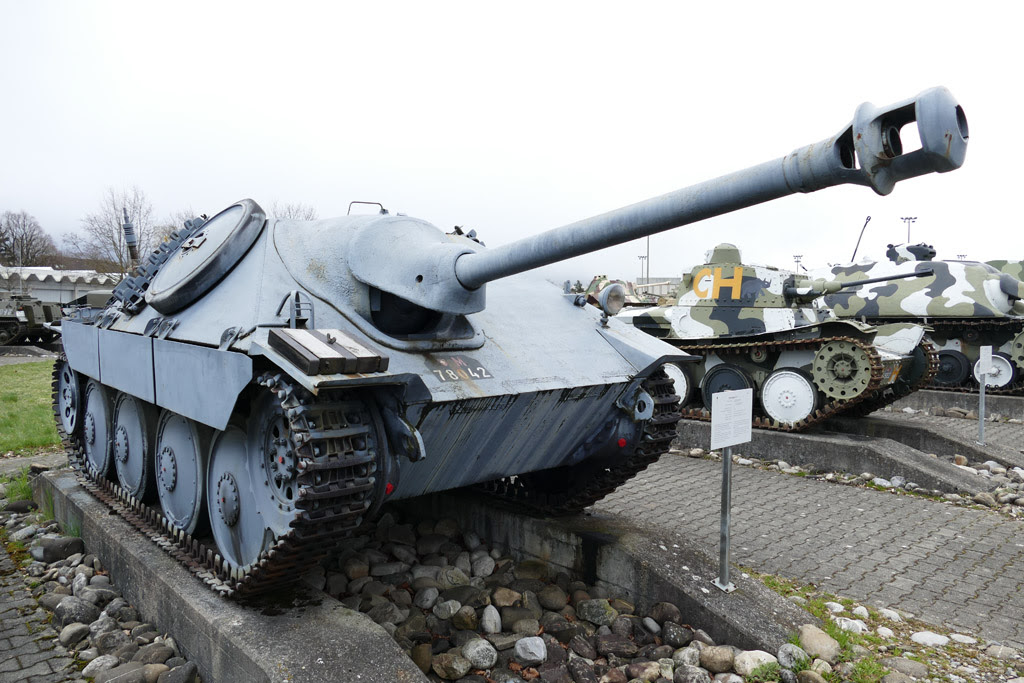 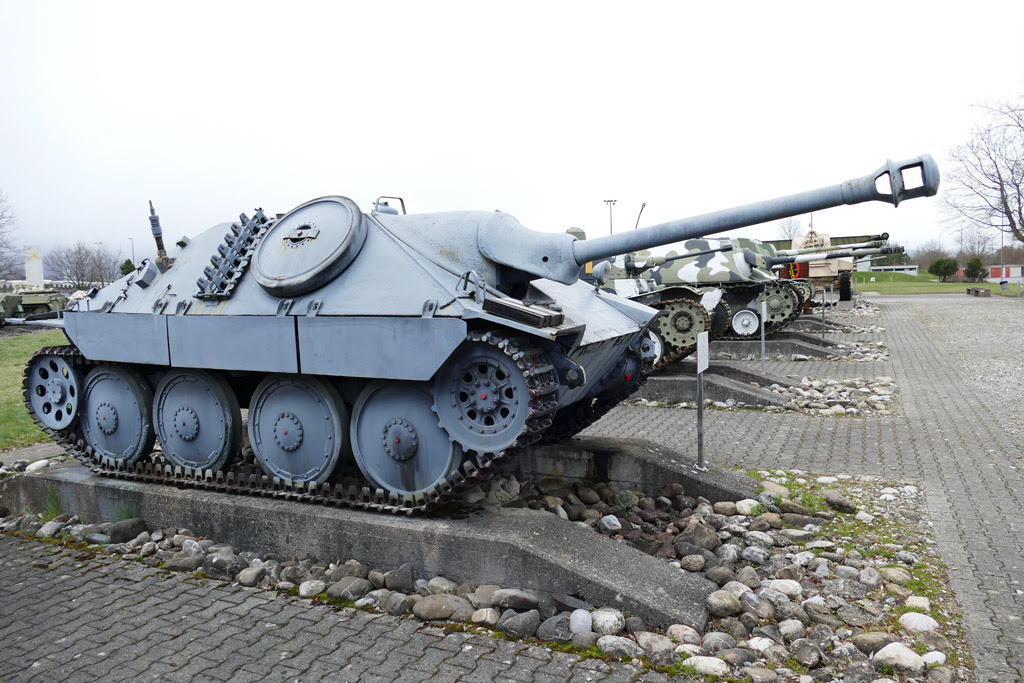 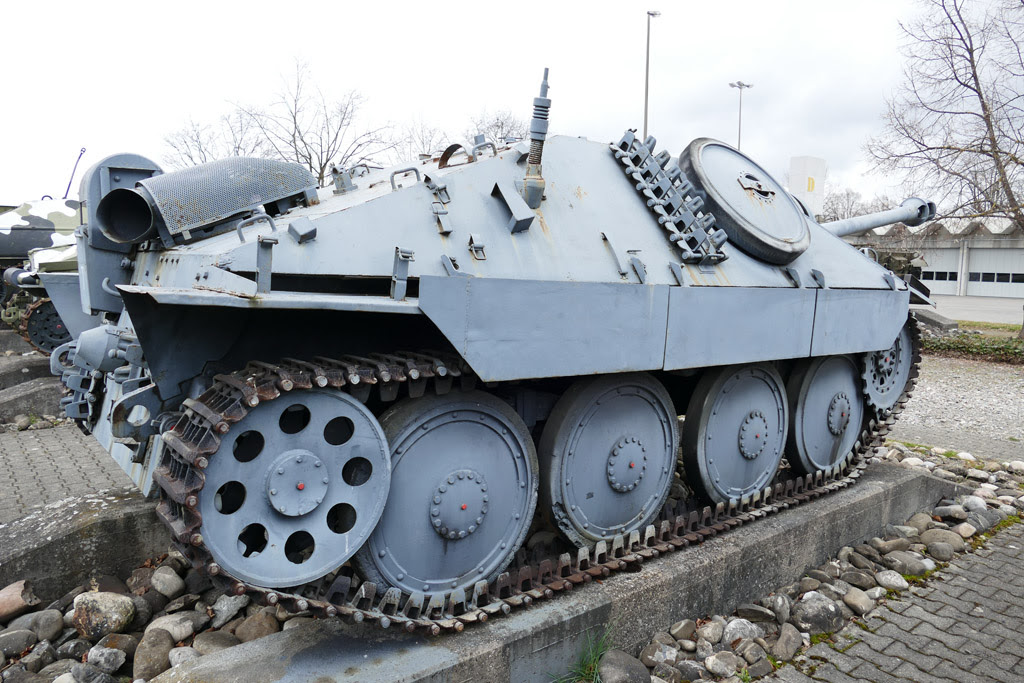 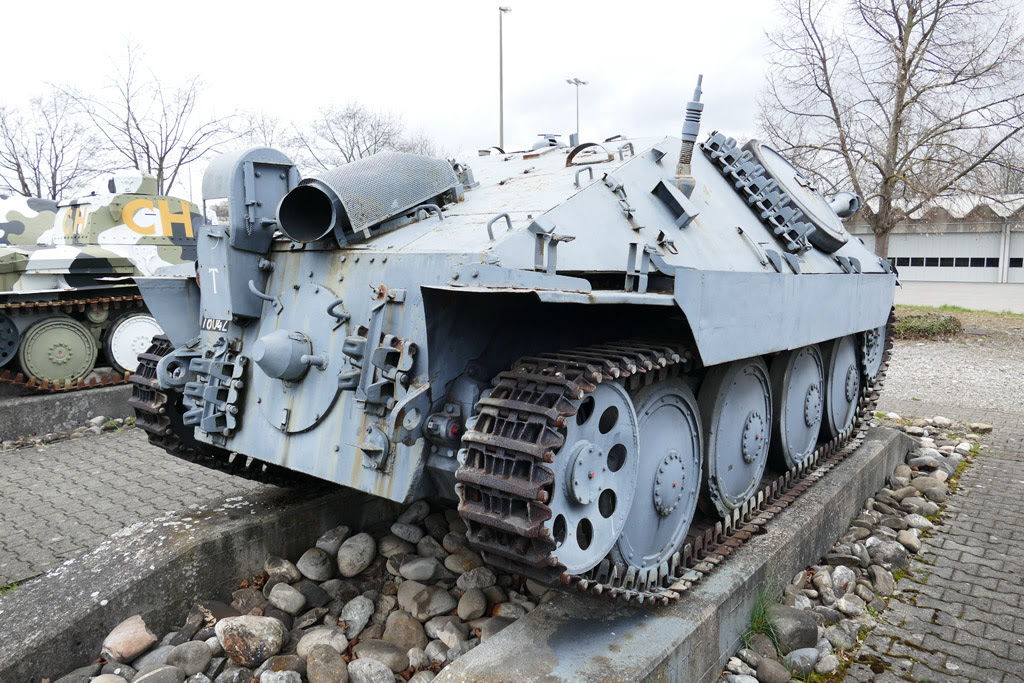 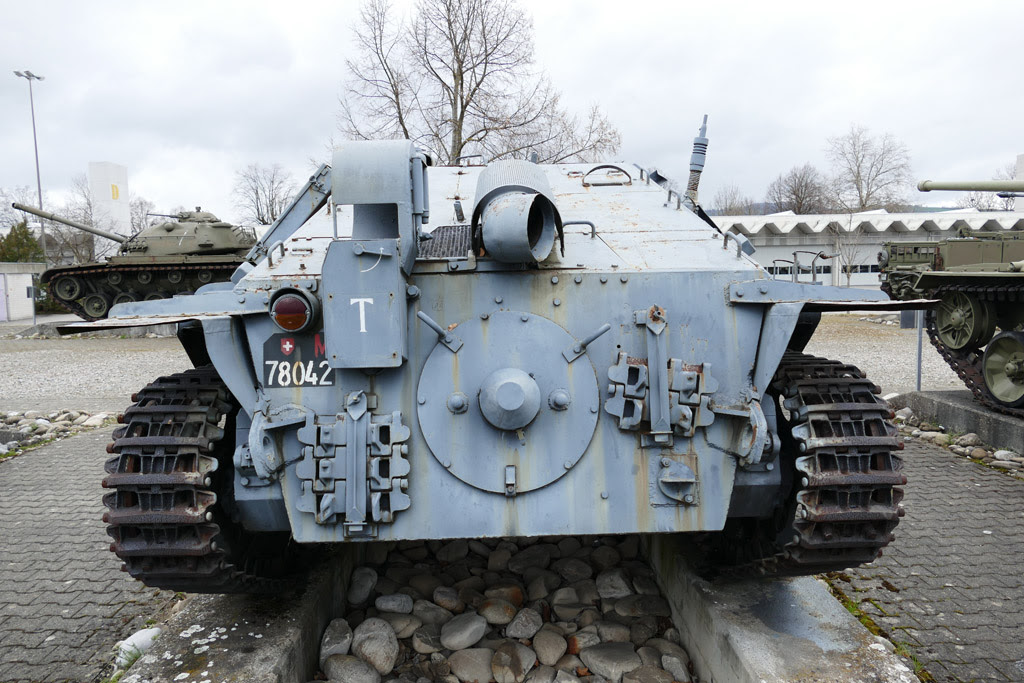 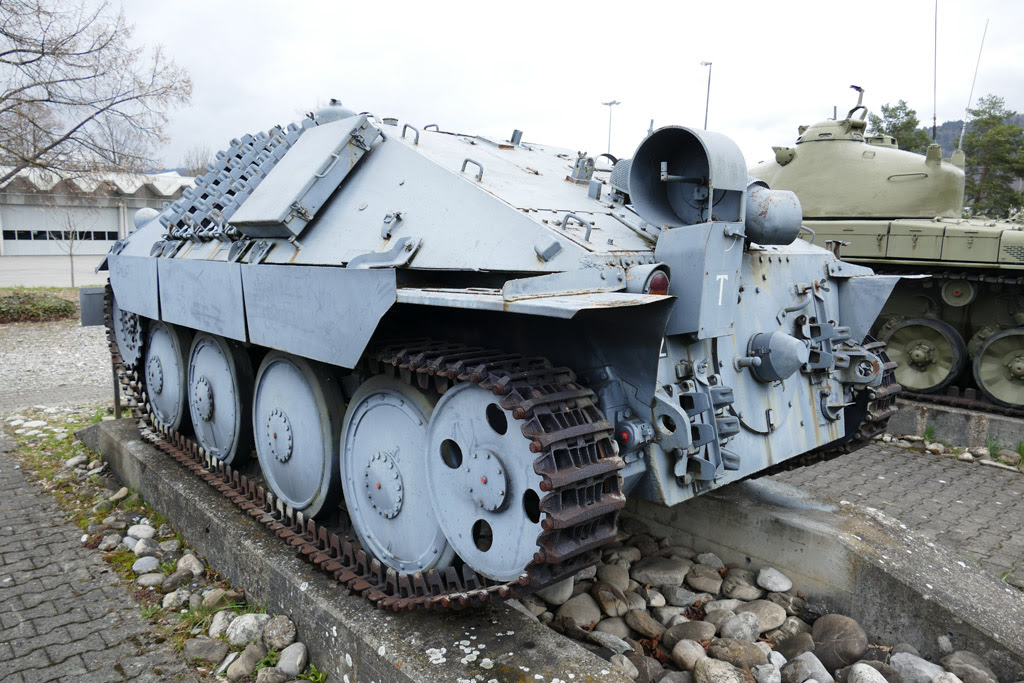 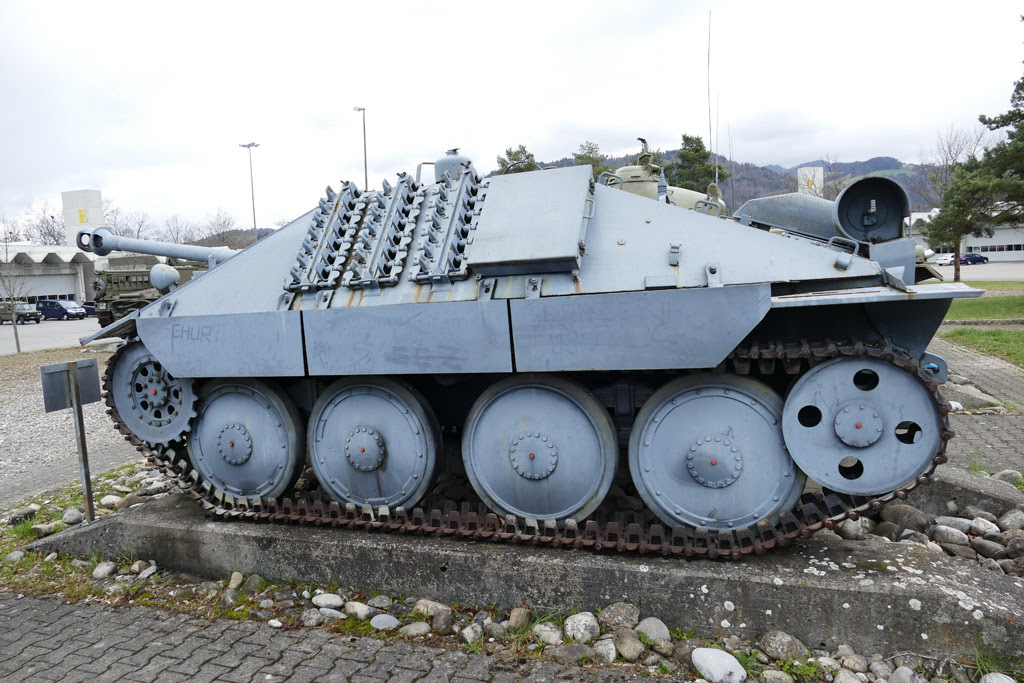 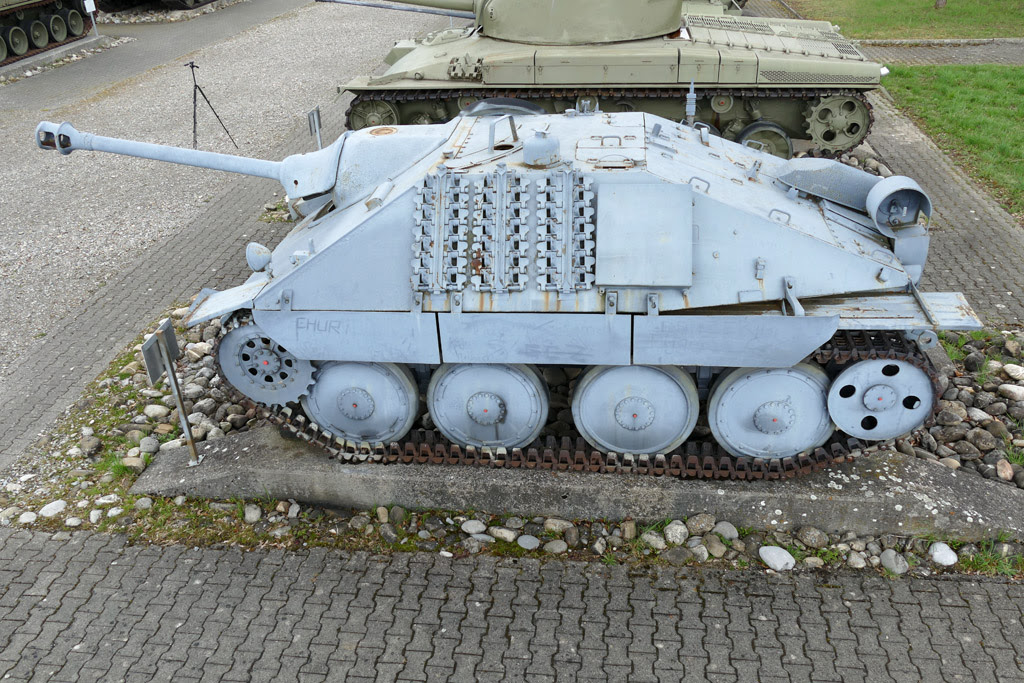 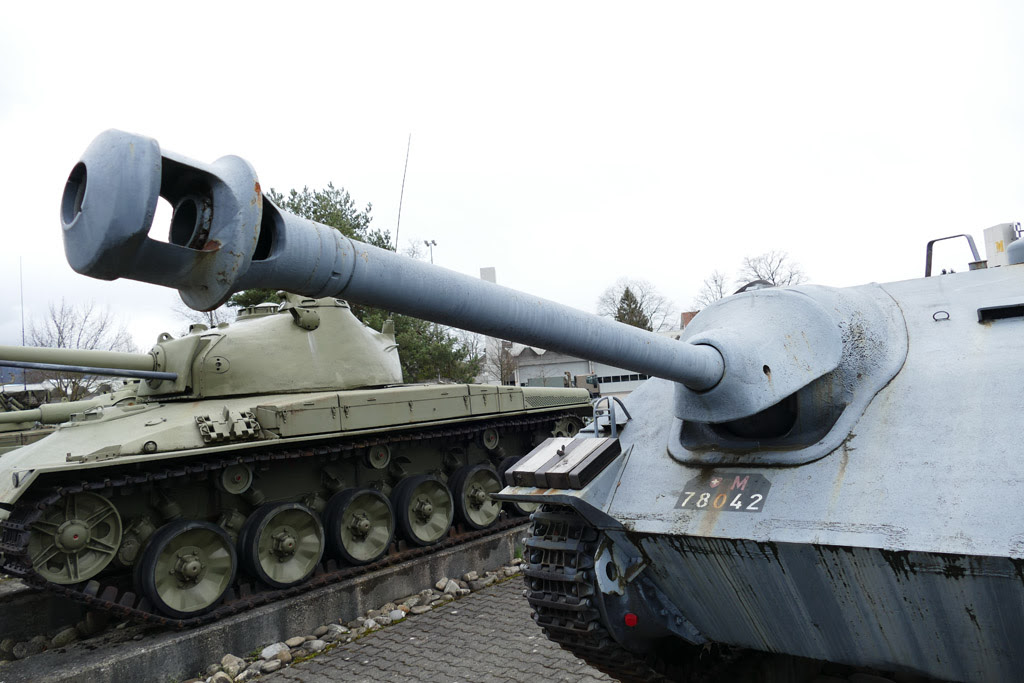 Original Jagdpanzer 38(t) has a Notek light on the right side, the G-13 has a car lamp instead 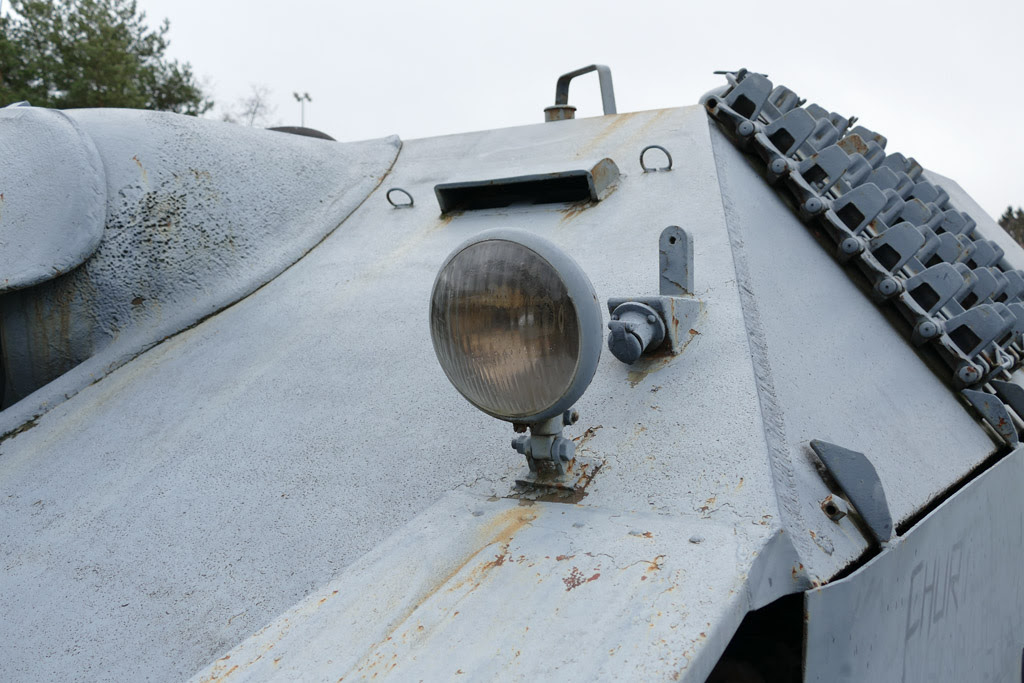 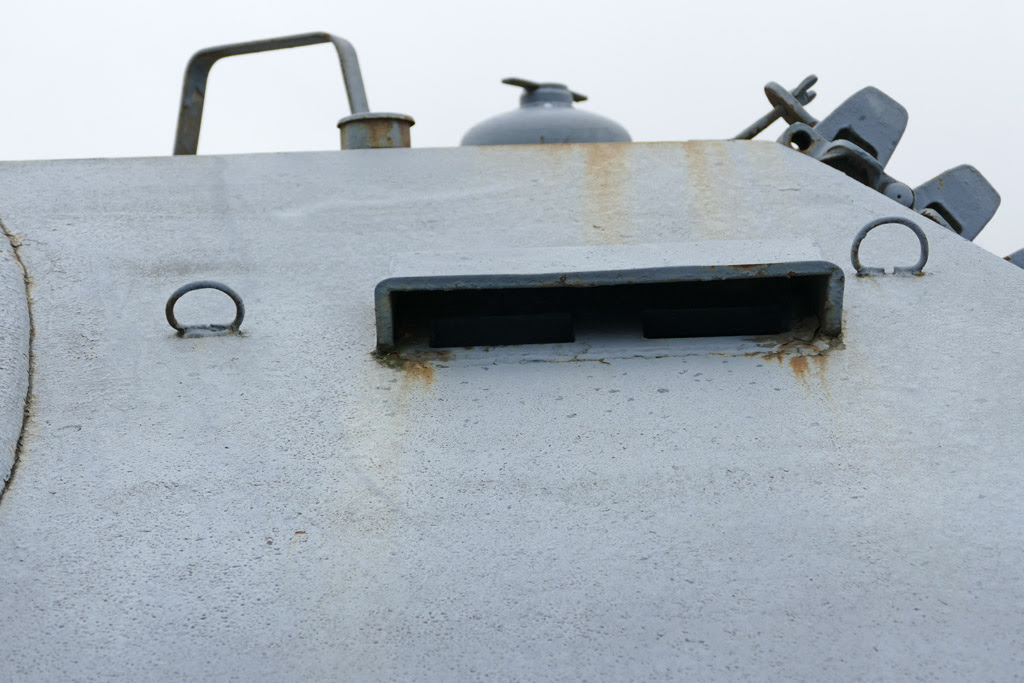 Unlike the Jagdpanzer 38(t), the G-13 has stuff (tracks, spare roadwheel) hanging on the sides. The original had series of track links on the back. 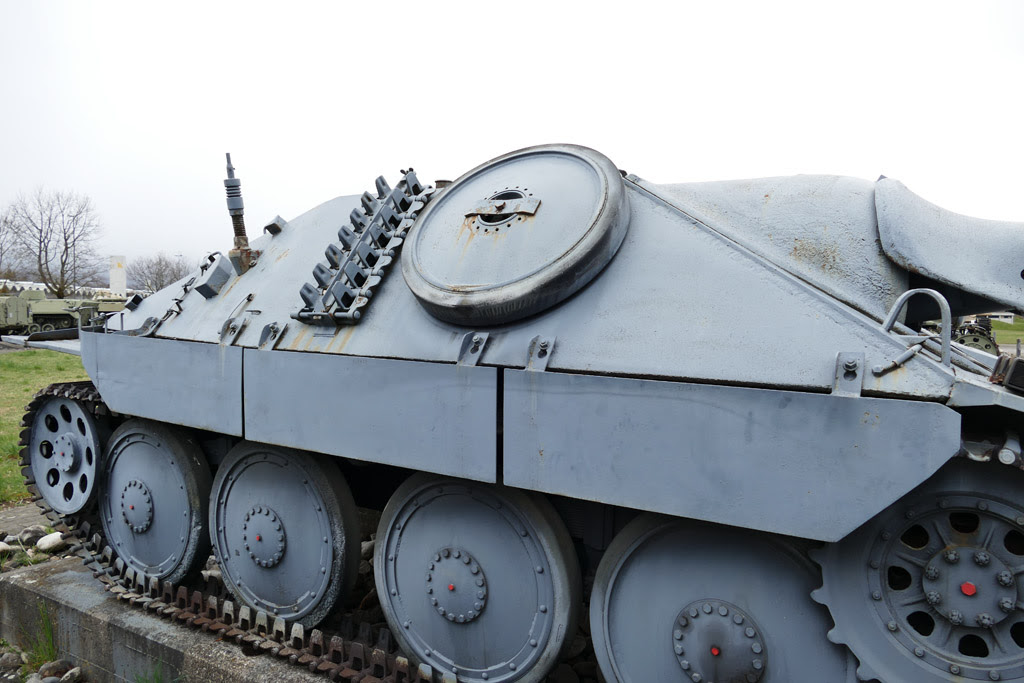 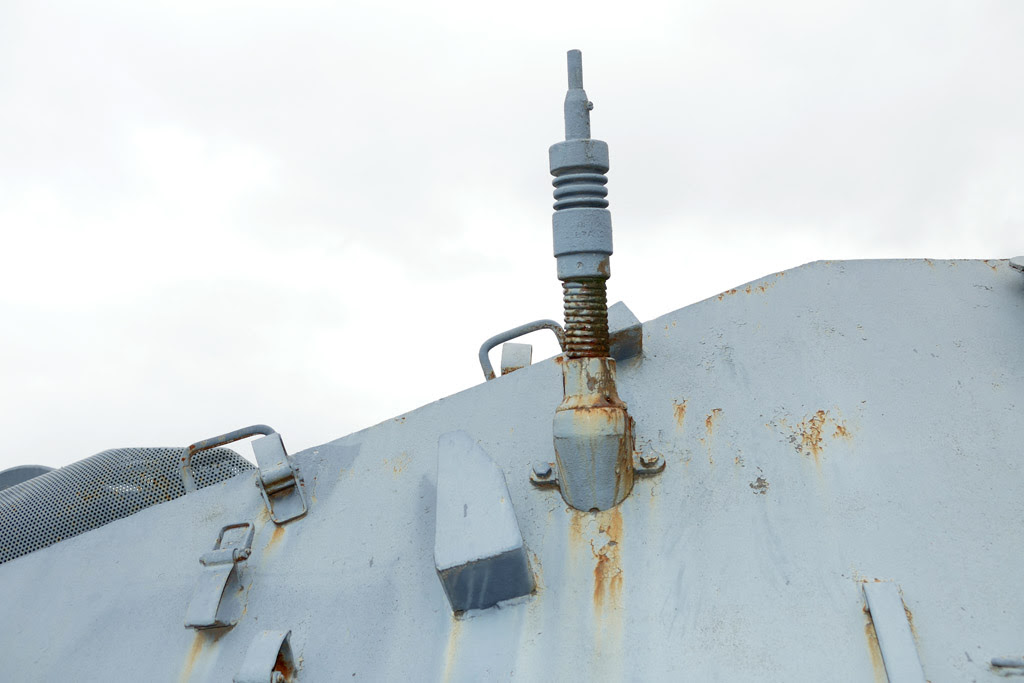 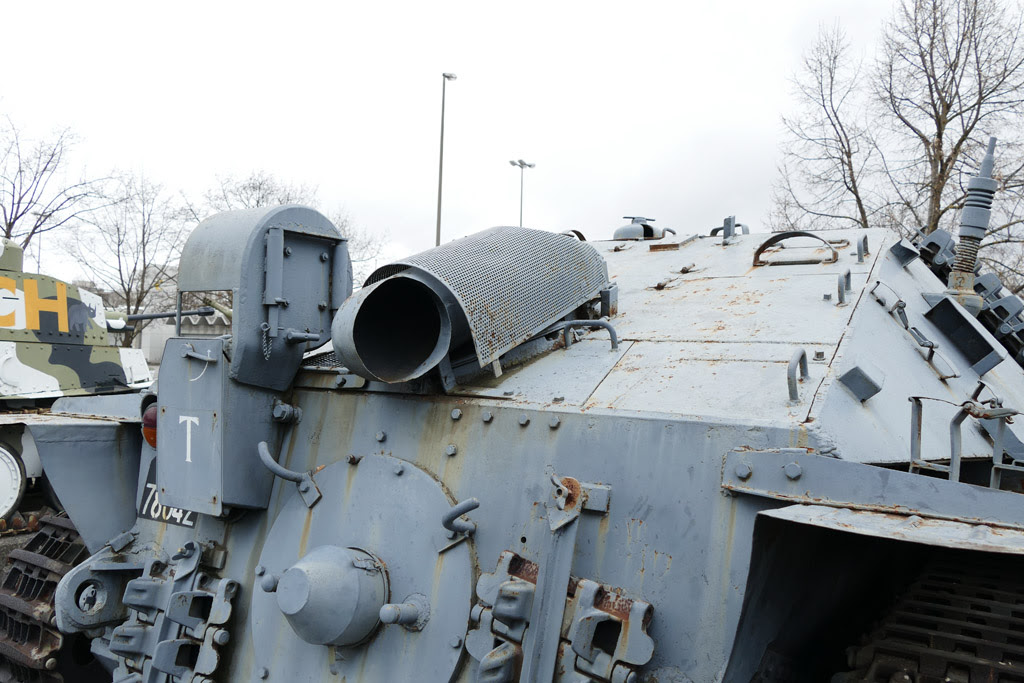