How Wargaming made the HD IS-3

The IS-3 HD model in the game was made using a new method called photogrammetry.

The work began with the search of a suitable tank, that could serve as the basis for the in game model. Luckily, WG did not have to look far. They found two IS-3 tanks in the "Stalin line" museum complex near Minsk, which were suitable for the mission. The first step was to take pictures of the vehicle from all sides. This is a rather slow process, because you have to make more than a thousand photos with proper angles, intervals and under correct lighting - but there are more aspects that have to be taken into account.

The photography process itself has two stages - first is the circular photography (you take pictures of the tank from all angles around it). Second stage consists of photographing the details - welds, casting irregularities, surface texture etc. - in the end, all that is needed to model the tank in the game realistically.

The wrecked IS-3 was used to model the turret, hull, muzzle brake and parts of the suspension. The one standing as a monument was used for everything else. Special attention was given to detail: welds, casting defects, armor plate cuts, weld splashes etc. - all this was accurately transferred to the ingame model.

Fun fact: when we got the data from both vehicles, it turned out that neither of them fits any of the factory plans and both are noticeably different in sizes and armor angles and cast armor shapes. The tanks were apparently built by different plants with different quality control.

The second stage includes the processing of the pictures made by a special program. Special markers, stuck to tanks before the photo shoot help the program to recognize various frangments and angles. The program loads these pictures and turnds them into a point cloud of sorts and then turns these points into a grid. This way we receive the so-called superpolygon model, which can have 150 million polygons or more. This is way too much for normal use - no normal PC would be able to handle this big amount of polygons. Therefore, this supermodel is then turned into a regular ingame model that has around 50 thousand polygons, which is a good compromise between visual quality and performance.

But it's not about the amount of polygons - high amount of polygons doesn't automatically guarantee good model quality. A lot depends also on the so-called "normal mapping" - special type of texture allowing realistic display of surface irregularities (welds, casting textures etc.) - the quality of such "normal mapping" texture modelled from the superpolygon model is much higher than if even the most dilligent modeller modelled it by hand. The quality of this normal map brings the details on the vehicle to an entirely new level by making every square centimeter of the vehicle unique, which is really hard to do manually.

Wargaming is generally trying to make their models look unique with individual details, making the models in the game more life-like. The first time this method was used was when they were working on T-34-85M right before patch 9.5 - every tank modelled using this method will have these small irregularities like broken boxes, missing bolts and such. The next candidate for this method is the T-44 medium tank. HD IS-3 will be released in 9.8.


"Andy Campbell" found this gentleman at Bovington working on behalf of World of Tanks for the HD models; Any idea what tank is that? 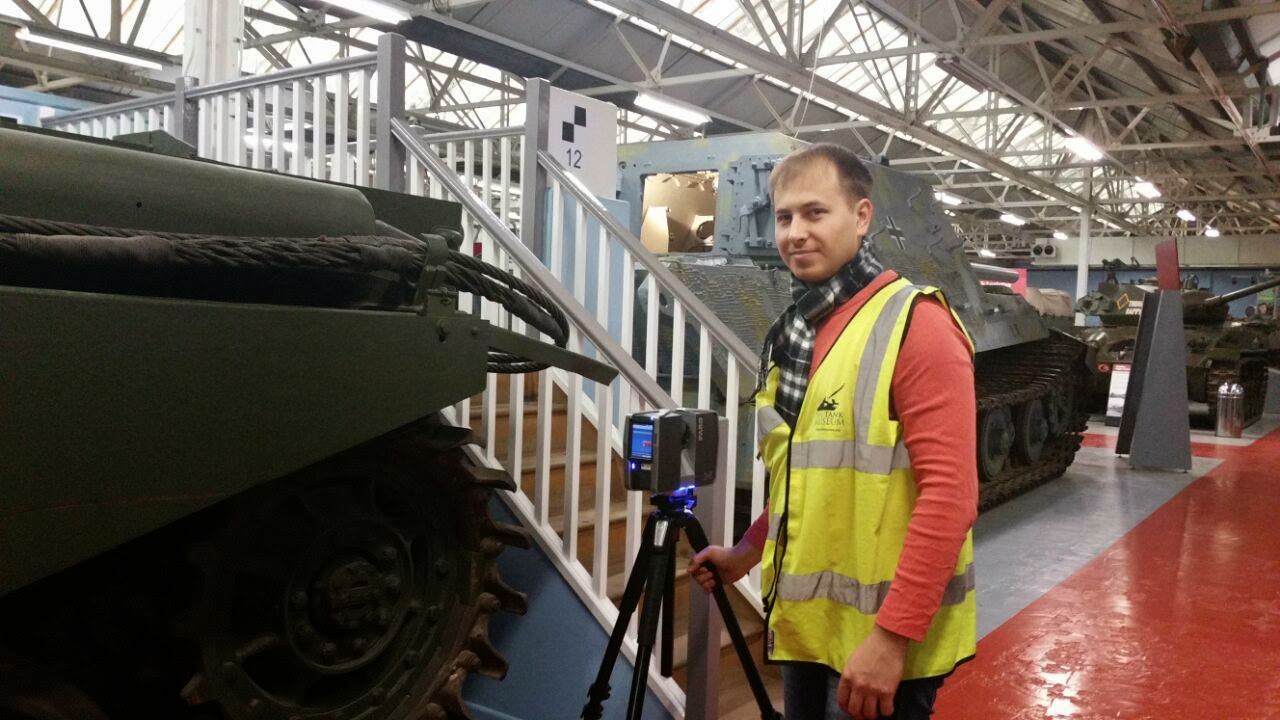