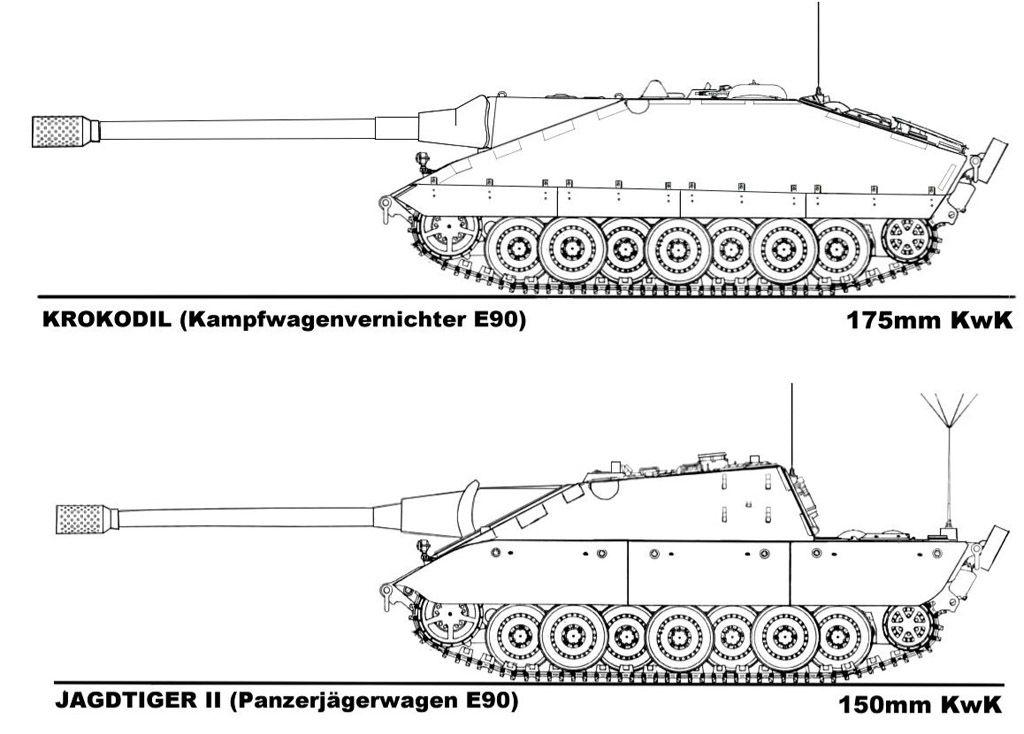 It is thus no wonder that in the November of 2007 one issue of the above mentioned magazine had an article about "Krokodil" in it. The drawings of the article were made by Hubert Cance (infamous author of fake drawings) who became the main drawing artist of this publishing company (how surprising).

First variant he drew was the 12,8cm variant and it's completely made up by Cance: Second variant has a 17cm K 18 gun - there is a grain of truth in that as the Germans really wanted to build a 17cm SPG on Tiger-Maus chassis but it was a different gun and the look is completely made up: 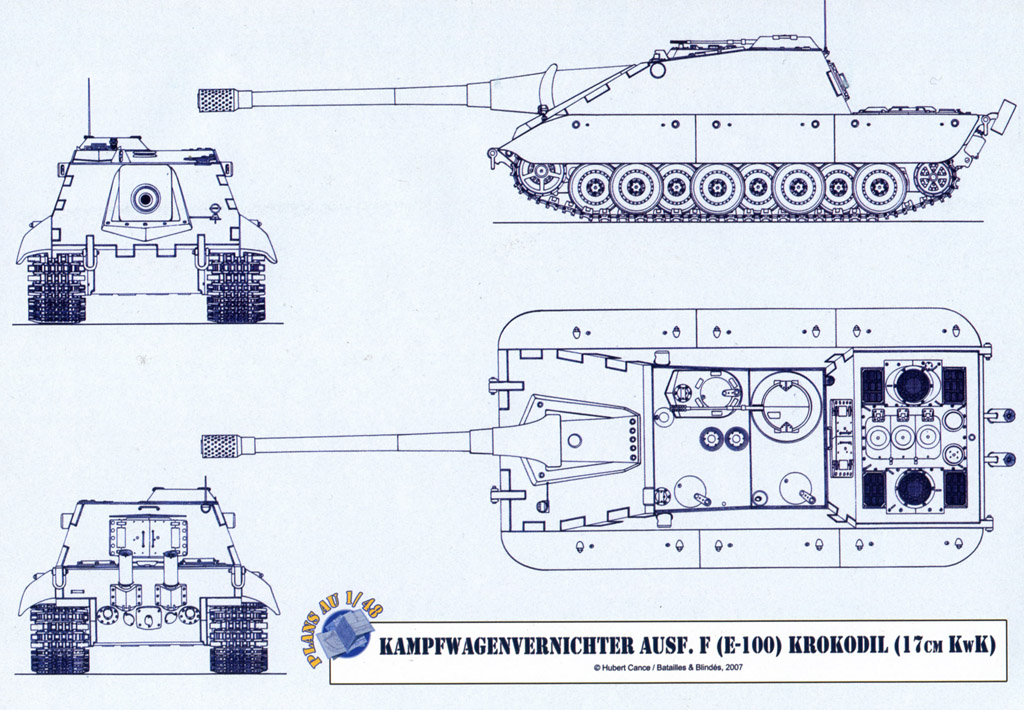 And then there's the French article itself: 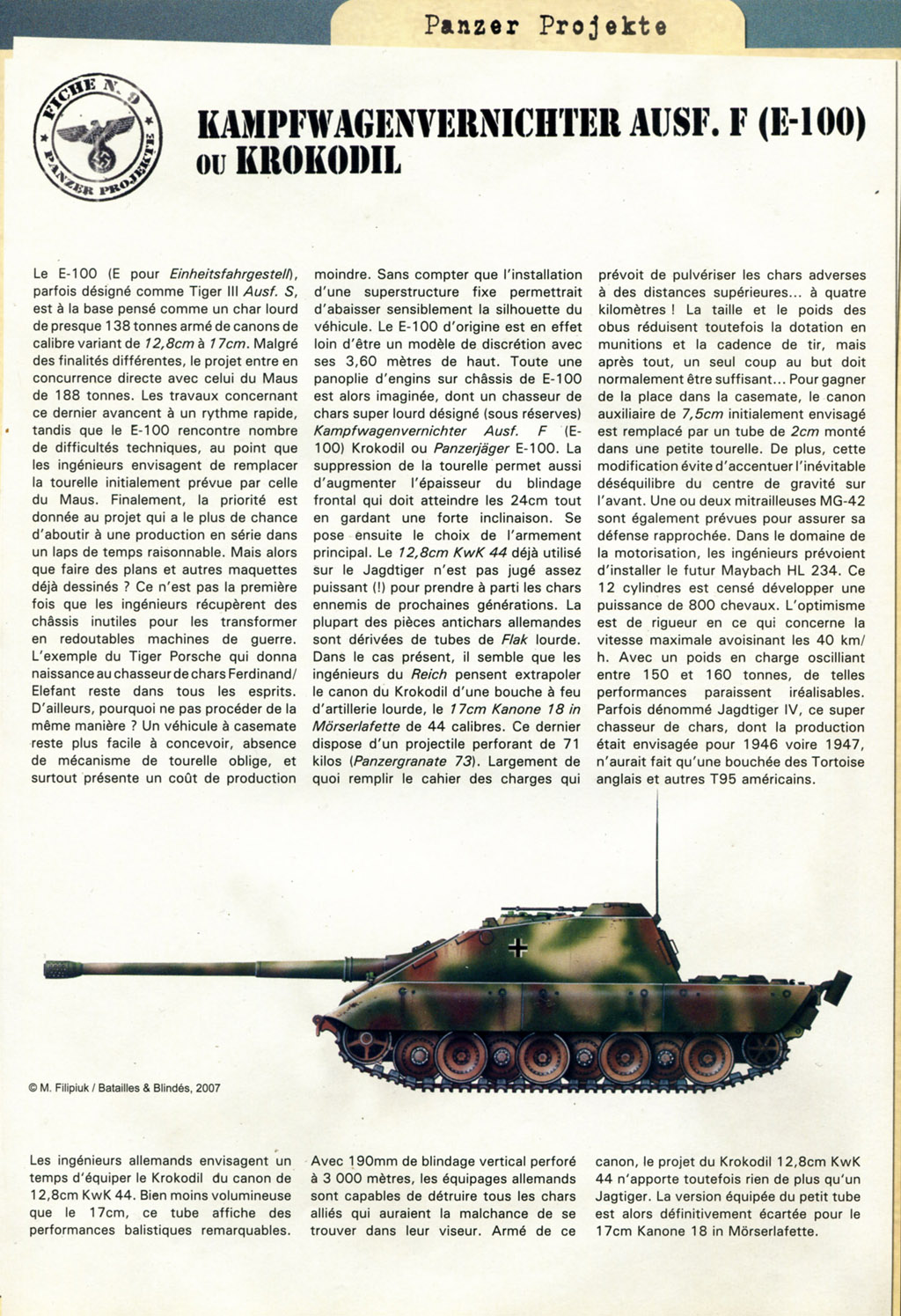 It's one huge pile of crap and if you speak French, you can seriously have a great laugh at it. So, this is basically where the Krokodil legend came from. Fake crap from Caractere production will probably keep on appearing for years to come and in this sense it "catches up" to Wargaming in disseminating fake tanks (WT E-100, GW E-100) and passing them off as real.
Posted by Unknown at 13:32