Last two days things been pretty quiet but just noticed that Wargaming released the episode 29 of "RNG" serie, some shots are so cringe worthy! For your pleasure:

Not much today again - but it's always like that shortly before the test.

It's possible that the "daily bonus for login" will come to EU and RU, but... later. Oh and players are apparently still confused by the appearance of trained crews from tanks they never had: Foch 155, T110E5 and LTTB. These crews are leftovers from the "winter mode" where the 8-bit tank crews got automatically retrained to those three vehicles.
Posted by Unknown at 17:07 15 comments:

About the WT E-100 replacement

we all know that at one point or another, WT E-100 is going to be replaced. But with what? Here's something that might give you better clue. Yuri Pasholok on his blog provided a blueprint of one of the early versions of GW Panther, armed with a 15cm gun. 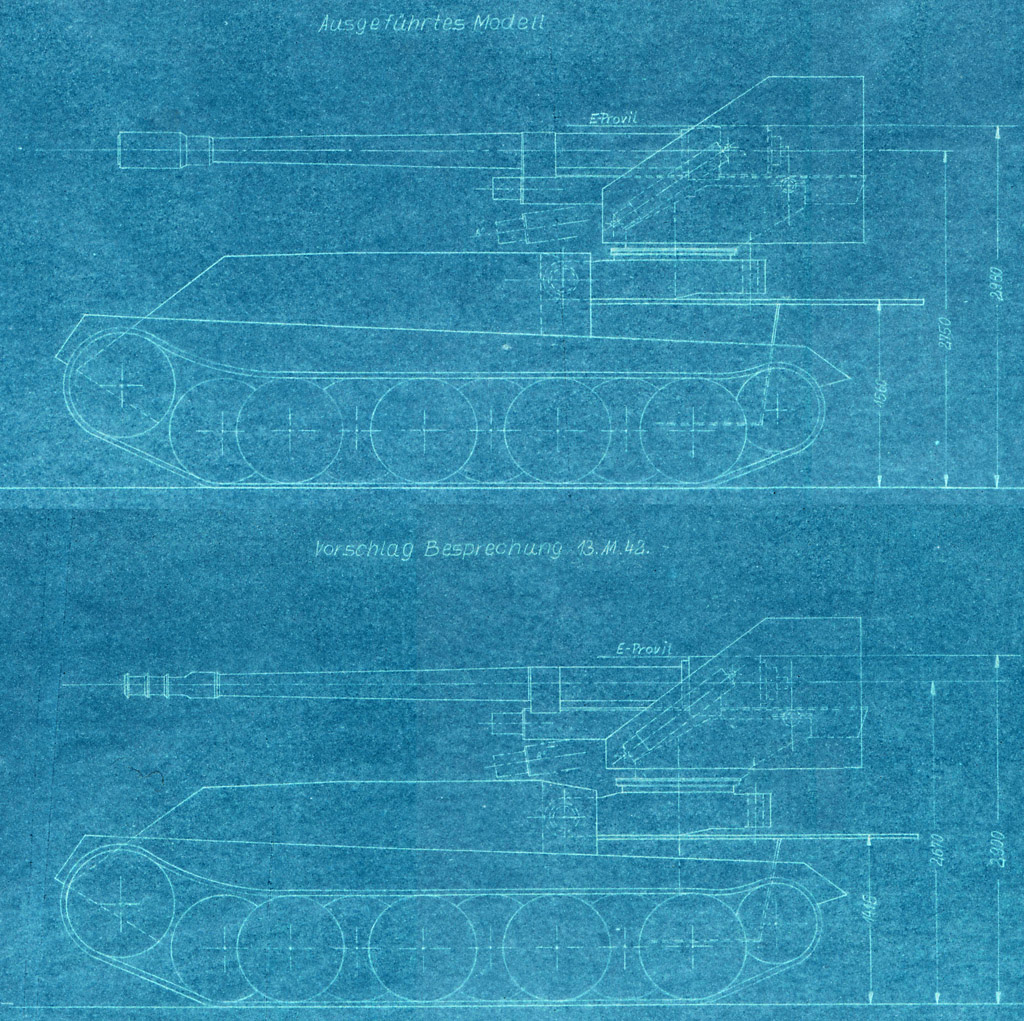 Two variants were actually considered with two different muzzle brakes. The drawings are from November 1942.

I reached out to Silentstalker and he confirmed it - these pictures correspond roughly to what he was shown during the meeting with Wargaming as a replacement candidate, only the gun was somewhat longer. A Panther hull with a very thin superstructure (15mm perhaps?) and a very powerful gun.

There were a lot of Waffenträger projects, even on the Panther hull itself. Eventually, these projects would evolve into what we have in the game as GW Panther. Please note that even at this early stage, the gun module was detachable - it could be dismounted and mounted back on the ground, the role of the hull was to provide artillery mobility.
Posted by Unknown at 10:41 60 comments: