as all of you already know, the Czechoslovak tanks are finally here and we will likely see them in WoT very soon (hopefully before Christmas). I was quite impressed with everything and all that, but, well...it wasn't to last. In retrospect it shouldn't have surprised me.

This fail concerns the Czechoslovak vehicle descriptions in the game, which are... well... wrong. First a few words how did it happen. The "initial" vehicle descriptions came from the historical department and were completely wrong, sometimes so outrageously wrong that whoever wrote them didn't even bother opening wikipedia, let alone books - you'll see...

That's why I personally wrote new ones for Wargaming.

These new ones appeared on supertest and all was well, but then they were reverted to the old state. Why? Well, that's because... politics. You see, historical department and balancing department in Wargaming don't get along (rather, specific people in them don't get along) and lately the disputes have apparently increased in intensity.

And so, the historical department in Minsk issued a statement that the texts that formally come from balancing department are wrong and all the descriptions were reverted to the first draft/old version. Why did they do it - most likely out of spite. Personal politics surpass quality apparently, just because someone's holding a grudge.

So, let's have a look at the Wargaming and my descriptions and compare them.

I will be using the English versions of course, the way they appeared on supertest.

Wargaming: One of the first representatives of Czechoslovakian armored vehicles. This light wheeled caterpillar tank was developed in the late 1920s based on the suspension of the Hanomag WD-50 tractor. The vehicle never saw service because it was deemed obsolete at the end of its development. Several vehicles, of three modifications, were manufactured, three of them were supplied to Italy and the USSR. One of the manufactured vehicles was used for training purposes until 1935.

Thanks to Edrard, our Russian comrade from WoT-News for sending me these, always a dear. :)

check out this UHD 4K artwork made by LeoVinc3nt:

This is a picture heavy post, if you are on mobile come back later once you are on PC/have enough bandwidth. <3

I've noticed many of you asking same questions about the КV-4 КТТS so I will resume all information. 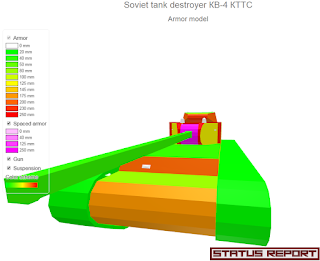 The КV-4 КТТS an heavy tank destroyer, equipped with a experimental 107mm gun M-75 (ZiS-24), built on the KV-4 tank hull project and existed only in drawings was an tier 7 initially when we got first sight of it but since then the tank got modified and is now viable to be tier 8.
These are its current statistics which by the way, got changed since the last update I posted, pretty much all nerfs:

A Redditor, Rhoobarb2002 has made a nice screenshot comparing the KV-4 and KV-4 KTTS sizes: He also screenshot some modules:

after posting about the sh**storm happening in the EU forum about the mission rigging, some of the players that got banned have messaged me giving their opinion and reasons and I've decided to share their side of the story. On Friday this idea ran in my mind and I asked for your opinion at the time, you said you wanted me to post this.

Before we proceed, I have to say that I agree with them about the Personal Missions having beyond ridiculous requirements but I do not agree on these players decision to break the ToS.

I'm also very satisfied that many of you took the liberty to come over my livestream on Friday and ask what were my intentions (sometimes and mostly lately I often transpire as being passive aggressive with my words when I'm not) the reason I post when I'm live on the blog is because we often discuss content posted here and I answer questions when you have them.

To summarize what I answered during the livestream...
I couldn't have cared less which clans were involved in the video, yes it happened to be clans that the community considers "infamous" (see what I did there?) but if my intention was to name and shame them I wouldn't have tagged them with numbers (had to take screenshots although) and If I was doing this for the traffic... oh dear, I know and have far better things that could use for that effect and that would make you wild.
After receiving a email from the lad that I enlighten, I've decided to remove his nickname from the previous article because he wasn't the only WGL "PRO" Player that got banned, still... its beyond me how recurrent ToS infringes are allowed to compete on E-sports. I just cant take it as a serious sport while players who are suppose to set the example better than anybody else are left unchecked, rigging, using illegal mods and behaving like arsehats in chat with racist remarks (Not all of them are bad, know a couple good lads who are down to earth and play fairly but they are overwhelmingly surrounded by this loot).

Note: I asked authorization to them before posting these but I'm still going to keep their nicknames private.

Anh Tuan Duong has sent me another batch: 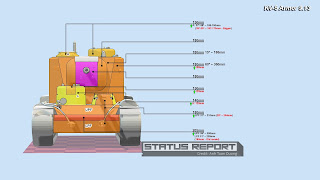 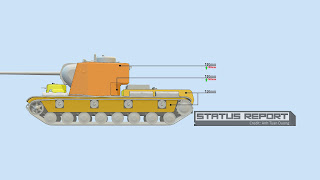 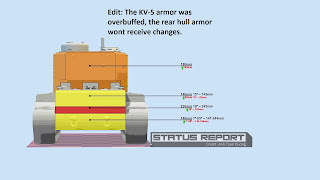 starting my morning with some smooth music, dancing my way to a cup of coffee with cats and a strange rodent (oh wait is a small dog) strolling along, anyways...


Anh Tuan Duong is back with more of his nice images: 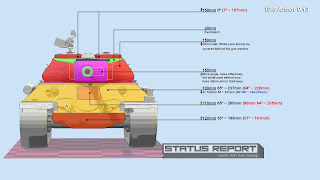 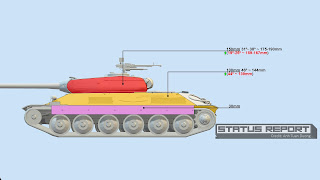 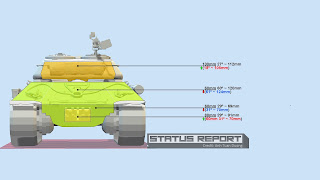