Doing a short stream now, will be attending activities with the RITA clan, like platoon and maybe team battles to celebrate Easter or as i like to call it "Many chocolate day"!
Will be passing some Classic Rock music.

http://www.twitch.tv/ritagamer2
Posted by Unknown at 18:46 7 comments:

Not for much today:

- Ground resistance is determined by what surface is underneath the center point of the tank hull;
- The T-54 Prototype Soviet tier 8 premium is finalized on the 9.7 test - in fact, statistically it turns out to be better than other tier 8 premiums;
- The price of T-54 Prototype is still being worked on.

Today the blog celebrates its first official month!
I was expressing for a long time my desire for starting a blog, still, never imagined anything like this. Got surprised when Silentstalker approached with the opportunity (and no, I didn't murder or kidnapped SS to take over the reign like many of you been implying *wink*) but mostly that he believed in me, not accustomed to such gestures, even thought he can be infamously known for his raw opinions (something I appreciate in him), he is actually a nice guy and I'm really happy for his great work at Armored Warfare.
It was a huge risk for me to have accepted the baton but chances like this don't appear everyday and its better to do/try things instead of living with the regret of "what could have been". When everything became official was really nervous, feeling butterflies in my tummy but you have been so overwhelmingly positive (even WG to my amazement), I actually dropped a tear of joy, such a nice feeling when you roll a dice and actually hit the number.
Have to say it was difficult during the first two weeks but I'm gaining experience and momentum, its like driving a manual car for the first time and trying to get the gears right, but so far is going great and I'm enjoying and doing my best. Thank you.

Like For The Record did, I won't run ads on Status Report, don't want the clutter and you missclicking  on "Enlarge your T30 120mm gun to a astounding 155mm today!" or "Mail order tanker brides" annoying ads.
Instead, I stetted up a Patreon account where you can support, there is also a message option that you can ask or share stuff with me, will be answering in this monthly post.

This are the March Patreon RSR contributors:

Thank you very much guys, also to everyone who has been reading the content.

(And for keeping me alive one more month from evil murderous hungry cats, help!) 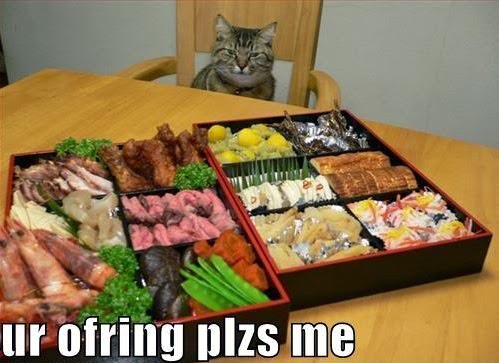 about the screenshots leaked yesterday, with the awesome looking grass and tree - Storm confirms that yes, they are legit. It's the new vegetation render called "Speedtree" and developers are working on it, currently there is no ETA. The map on the screens is reworked HD version of Abbey.

- On the module research screen, the arrow does indicate the order of unlocking, not the order of use. It is completely possible for a gun to be unlocked earlier (from other tanks) for example but in order to use it, you have to unlock the second turret;
- The option to allow players to choose which medals they want displayed on the first tab of the achievements window is not planned;
- Pre-9.6 (pre-nerf) accuracy will not return;
- A player made a proposal, where he suggests the crews not to "forget" their previous tank skill upon retraining if the crew played at least X battles in that tank. Storm states that it might be discussed but no promises;
- Storm states that the decision to make alternative hulls only for mass-produced ("non-paper") tanks is influenced by client size: "We have a lot of tanks as it is. If we do it for all vehicles, the client size will become outrageous."
- Storm confirms that client size issues are clear and present (not something WG made up);
- Penetration RNG result is not tied to damage result (two different "dice rolls", it is not true that high pen roll shots damage more);
- Improved graphic render? New anti-aliasing? More motion physics tests? "Everything of that. When it's done it's done."
- Animated garage UI is not planned;
- Serverside replays were scrapped for now (they were first announced two or three years ago);
- Storm confirms that Swamp fill be fixed somewhat;
- The closest rebalance (buffs/nerfs) will concern tier 5-10 gun penetration, both regular and gold shells. Some will have their penetration nerfed, some will be rebalanced "in favor of systematization and to become more logical". The goal of this rebalance is "to increase the role of armor in the game". Which shells will be nerfed will not be disclosed for now until the list is finalized;
- Ferdinand will not be moved to tier 7 with its historical gun ("it's not worth doing it").
Posted by Unknown at 12:30 41 comments: