the "Gaijin versus Youtuber" situation reaches its final stage as reported by the Kanobu portal. Here's what happened yesterday and today:

From the transcript of the Youtuber and Pavel Kulikov's communication that Kanobu has at disposal, Kulikov admits that the channel was not blocked just so, they wanted the Youtuber bound by this contract. On War Thunder forums, he however stated the opposite.

During the morning today, the Youtuber could not sleep and was further pressured. Luckily for him he did not sign any NDA, else he would be defenseless and could not publish the story. He also promises never to publish anything about War Thunder again, he's done with the game. At this point, Pavel Kulikov changes his tone and offers another option: Gaijin would start a "new" channel with the Youtuber's name on it. He'd have only access to it, he wouldn't own it. There he could post anything apart from WoT, WoWs and AW. The Youtuber naturally declined.

Now it gets interesting.

a post in the NA forum was brought to my attention and looks like the Japanese Tiger was not exactly manufactured with Japanese precision. Large parts of the mantlet are 0mm thick - the area behind them is covered by the 100mm frontal turret armor itself but a small area to the left of the 0mm zone only has the 0mm hole behind it, making the frontal turret very easy to penetrate. 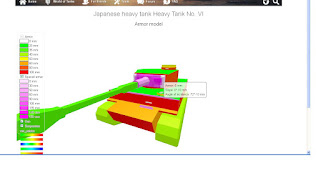 I went even further and got my investigating feet in a training room and made a video to show you how easily the tank and its crew get wrecked with HE:

Have a good day!

- There are no crew visual models in WoT due to the 12+ rating of the game;
- WG developers are satisfied with the difficulty of the personal mission where players have to set enemy tanks on fire;
- Regarding the mobility of Japanese heavy tanks: "Sure, they won't pass through some places but what can we do when the Japanese liked them big?" (RG: ( ͡° ͜ʖ ͡°)  );
- Pro-Ukraine slogans are now banned on RU servers;
- Polish tanks are planned for 2016.


And the daily, thank you for the birdy that sent this: 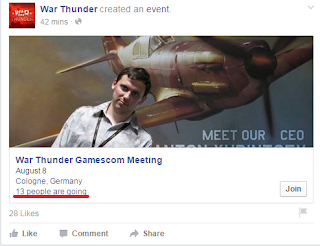 Armored Warfare has introduced a new map called "Narrows". For a second it crossed my mind if they had taken the name too literal and had created a "bottle-neck" map but no, this is the trailer:

There are also some screenies for you: This is a light infantry and tank support self-propelled gun. It was developed in 1938 based on the T1A3 light tank chassis. A single prototype meant for trials was built. Due to a large number of technical and ergonomic issues that appeared during the trials the vehicle was not accepted in service. the Insider returns to give us some insight into the ghost shell issue. This info is gleaned from a discussion between two developers. As usual, take it with a grain of salt as an interpretation of what the developers said.

The problem is not the servers nor the clients, it's actually a BigWorld engine fault process that begins when the server fails to calculate a penetration value. In layman terms, here's the process (missing a few filler elements such as shell travel time, tank velocity, gun arc, type of shells, etc etc etc. for the sake of simplicity):

- client is driving
- server receives the "drive command" replies back "you are now driving" and sometime later it determines there is an enemy  tank in sight that the client can see, so it sends the data back saying "you have a tank in sight"
- client now sees enemy tank
- server acknowledges the tank is there and all the aiming mechanics occur
- client shoots at tank
- server acknowledges the client has shot and triggers the reload timer for the client while also processing the penetration value of the shell, angle, RNG (+/-25%), area to damage and determines, if theres a penetration/ricochet or damage to any internal modules (shoot commander's hatch, driver dies! *trollface*) or (shoot driver's compartment, suddenly tank gets tracks damage *trollface v2*) (Insider: actually this is explained by ricochets inside the tank, but ill leave it at that).
- Bigworld engine which is running along the streamline of the server fails to process the client request and delivers a "null"
- Server: hey, but I just sent the data!
- Bigworld: yes and I say it's null, now obey!
- Server: ??? okay ._.

Server sends the ping back with null value: "lel, tank wasn't there". Client displays a ghost shell event in return.

yesterday I informed you about the fact that a Russian Youtuber called Alconafter, one of the most popular and important Russian WT content makers, was banned on Youtube based on claims from Gaijin entertainment.

Overnight the whole affair started to get momentum on the Russian part of the internet and started to become a hotly debated topic. The users made a petition to get the Youtuber unbanned (currently 2605 signatures)

Alconafter was known for lately posting World of Warships and Armored Warfare footage as well and many speculate (including the sources from WG RU and Mail.ru, AW producer for RU market) that this was the real reason for the ban.

According to Wargaming and Mail.ru sources, both Wargaming and Mail.ru have offered legal help to the banned Youtuber in order to overturn the spiteful ban. Gaijin's "reason" for the ban is likely just a pretense: the Youtuber claimed he'd have a stream with a former outsourced historical consultant for WT - this is not something unbelievable, in the past WT used numerous outsourcers like this.

I will inform you as the story develops further. This time Gaijin went too far.