seems like not only the M44 but also the IS-6 armor got fixed on time for the 9.14 patch.
Took awhile to write this one as I was waiting for a source confirmation as the HD aesthetic parts of the vehicle haven't changed and I wanted to make sure that was passing you the right stuff:

So... WoT EU servers have been down for awhile(they are now back). So I went to check the European Costumer Service Center, don't even know why I even bother... 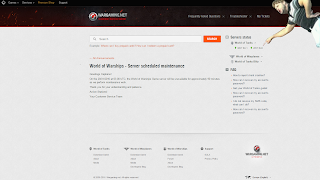 Not only server status light doesn't change whatsoever when a server is down, they leave us catching flies when it comes to any sort of technical issue.
I also went around and asked to multiple people from the EU office (that are suppose to be told this things) and even they were kept in the dark, this is not normal!


Meanwhile on the Russian CSC, everything fine as usual: 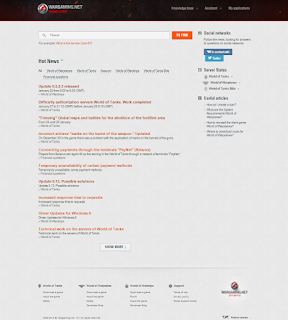 For those wondering there was a problem with players authentication (not being able to connect) and they performed a maintenance to fix the issue. No compensation will be given for the downtime.

I don't pay much attention to CW and neither have I participated much in them but I assume everything is the same between RU, EU and NA when it comes to its timing. Clan Wars will be frozen until day 30, for those who are having battles today, the results will be held until its back.