With the test server now running without issues was able to spend some time evaluating the main changes.
Let’s start with the French Tech Tree; this is how it looks like now with its new 7 tanks: 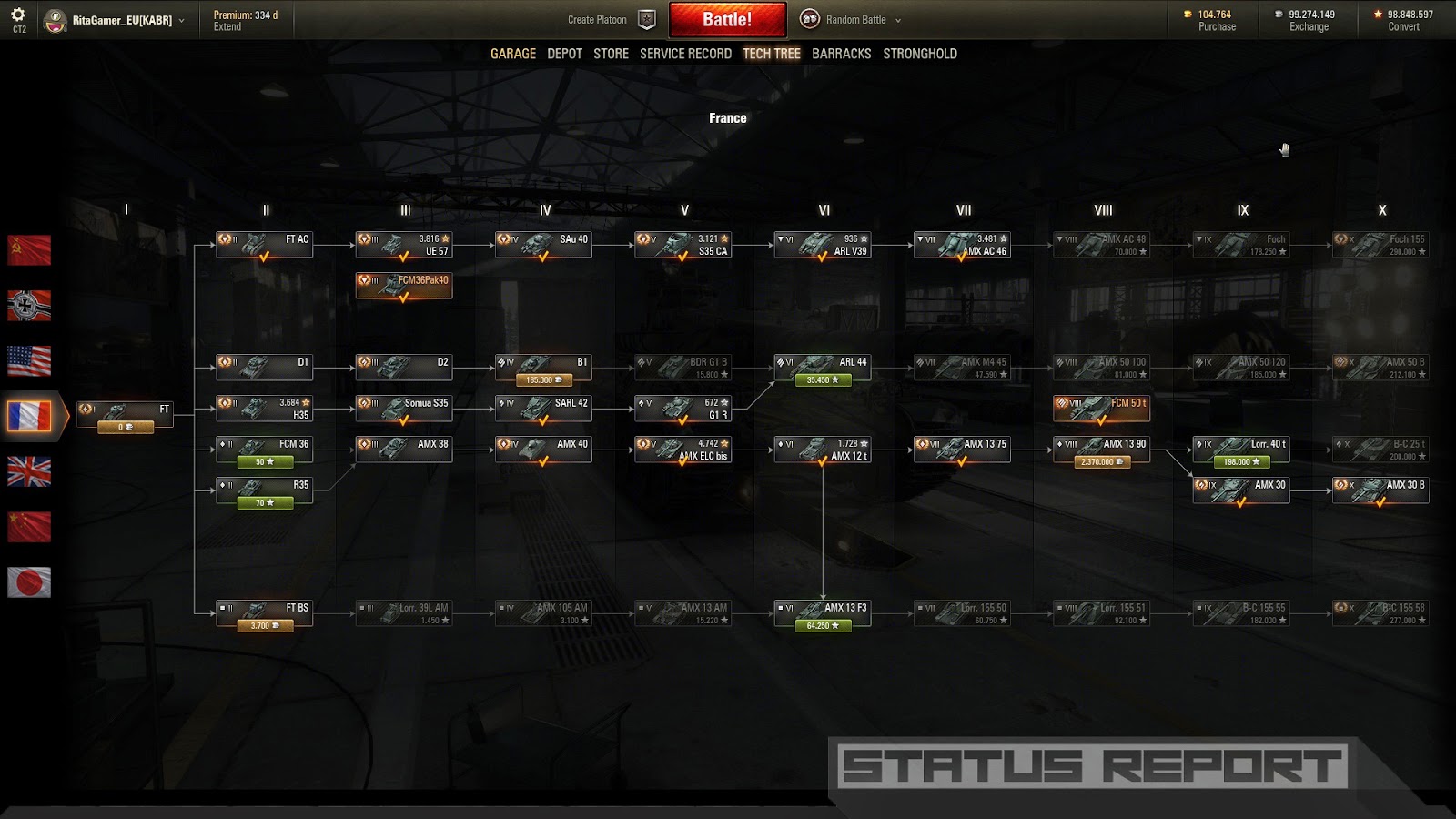 Note: There was no players queuing for low tier battles as usual, I was only able to have matches with the Renault G1, AMX 30 1st Prototype and the AMX 30 B. 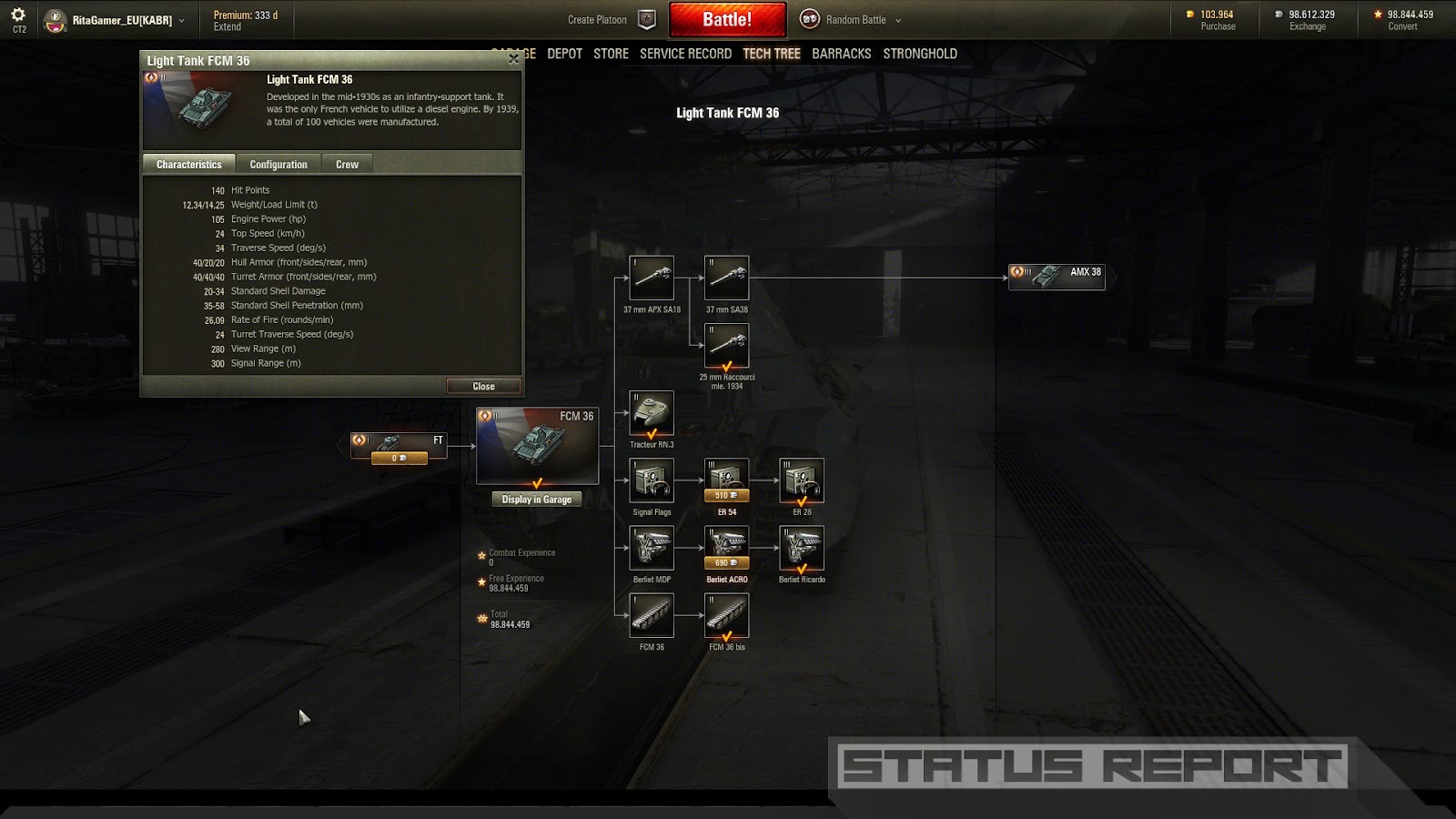 Seems decent, has the same armor values as the "Mini-Maus" Pz 38H except for the sides and back of the hull which is pretty nice and its gun has one of the best tier II penetration/damage values BUT don't except to go anywhere fast with it, only 24 km/h as top speed.

-Storm states that making ultra-HD texture pack makes no sense. The difference would only be noticeable from like one meter distance in hangar and only like 0,1 percent of players would download it anyway. In words of Storm: "It would be absolutely pointless to waste time on creating, testing, distribution and support of this pack.";
-WG is currently working on complete analysis and rework of WoWp, they want to fix it and revive it;
-Mines were tested in WoWs internally but with unsatisfactory results (RG: I would revise the whole camouflage system before trying anything else. Makes no sense that a ship can cloak at 500m on open sea and with no smoke deployed).

Thanks to "Awasaky" for this one.

WGL Finals hangar (if you are feeling masochistic) 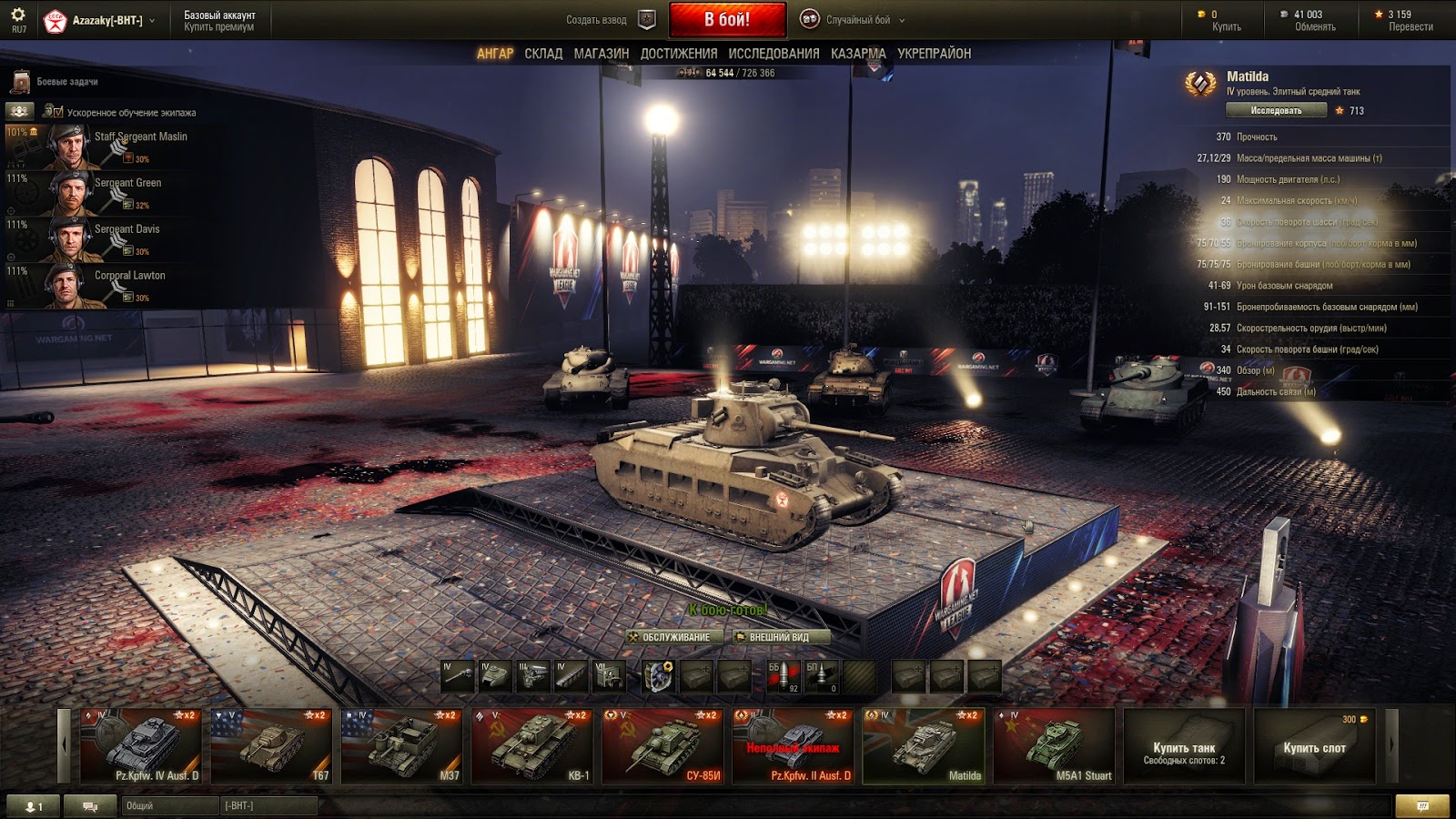 1st of May Hangar Comparison between HD and SD models in 9.7

Check out this nice video showing the difference between HD and SD models for 0.9.7.

it's the Insider again with fresh batch of Wargaming news. This time, it's from World of Warships and World of Tanks.

-According to Wargaming, the WoWs CBT is going very well, especially the PvE mode is very successful. There are some issues such as the FXAA mode and an issue with friend-list, but so far so good;
-Gold and pre-release bundles (the content of which the player will get when the game is released) will come soon;
-Russian and German trees will come "soon";
-Q: "Carriers are the arty of WoW's!" Developer reaction: "Keep your anti-arty jihad for WoT forums!" (RG: I actually hated playing the Carriers, they made a T92 WoT arty sound exciting);
-Generally speaking the WoWs forums are more polite and sensible than WoT ones (due to the fact the game is in alpha and the community consists of reasonable testers), they'd hate to see it infested with "arty hater zombies" (RG: Forums will be forums, open it to the public and you gonna see those undesired people flooding in like hamsters rushing for a cabbage! It's Internet.)

There was a small debate on what to do with Foch 155. Proposed solutions are the following:

-Keep the autoloader but nerf the gun stats badly (aimtime, bloom), by perhaps 20 percent;
-Simply remove the autoloader, keep the gun as it is;
-Replace the gun with tier 9 Foch's 120mm (but with autoloader) with "probably" a penetration buff.

There are major issues with these solutions however, as simply removing the autoloader would make Foch 155 a clone of the existing tank destroyers (it's the main feature that makes it different). Another major issue is its weak side armor and the vehicle would have to be buffed somehow not to make it completely obsolete. Nerfing the gun and keeping the autoloader would make the vehicle completely suck according to the developers and is considered the worst solution. Changing the gun to 120mm would make the vehicle more balanced, but other aspects would have to be buffed, such as mobility and handling. Also, 120mm alpha is kinda weak for tier 10 and the difference between tier 9 and tier 10 would be "bland" (Object 263 mentioned here as reference). There is no conclusion or solution to this discussion, it is ongoing.


-Despite what whiners say, Storm is completely right (meaning there's no ulterior motive) referring to the changes of the penetration of the guns since they (the nerfs) are meant to meant armor count for something. WG realizes there was an increased "power creep" every now and then;
-Gold shells will be getting a nerf too;
-The "explanation" of regular penetration shell nerf in order "to make players buy more gold" is just "whiners being retarded", Storm refers in his message that "tier 10 medium tanks are perfectly capable of delivering pain to any tank, they will have to actually aim now - as example, the projected penetration changes for the E50M are perfectly capable of damaging the lower plate of most tier 10 tanks, heavy or medium alike and any weakspots, otherwhise, why would they be called weakspots?"
-Penetration nerfs do not come alone, tanks will be mostly compensated with other buffs;

And next time, Insider will tell us about Wargaming's cancelled projects and who knows, maybe some breaking news as well... 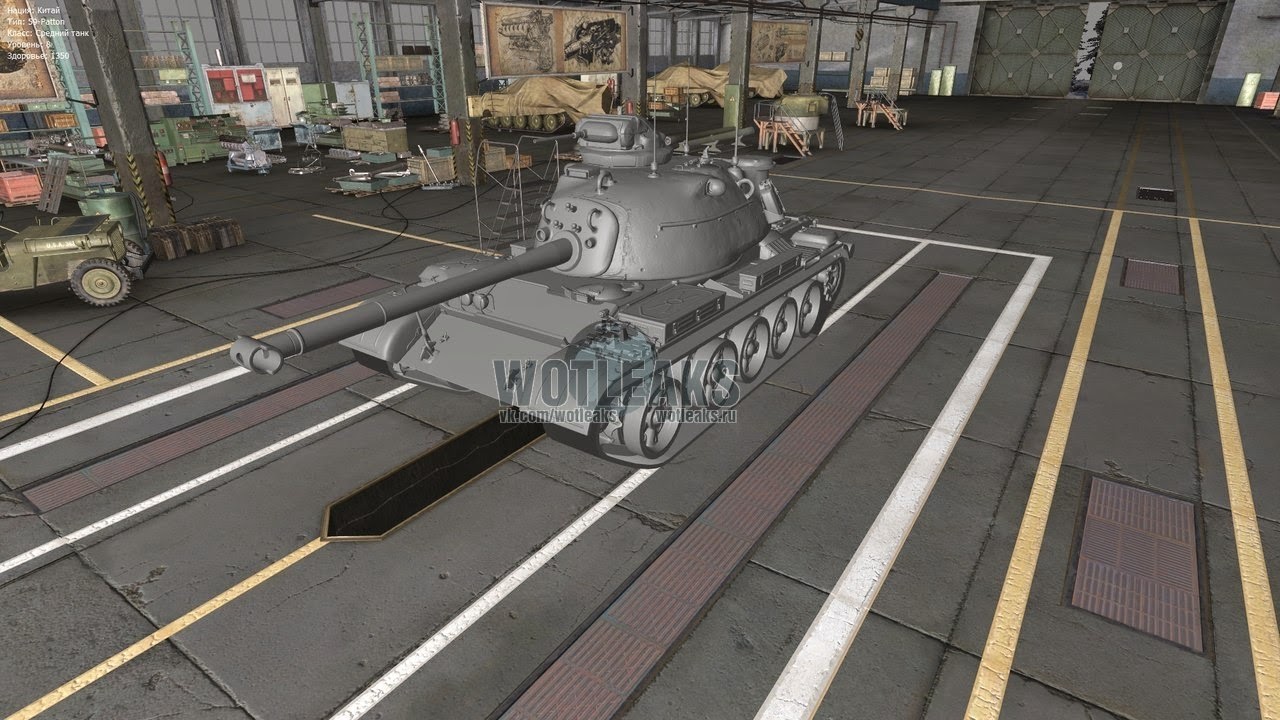 The Type 59/Patton hybrid is exactly this case as well. It comes from Kongzhong without any photo or proof. According to the Chinese, this project didn't exist other than as a proposal - it was a product of the "thawing" of relations between USA and China and never went anywhere, as it was significantly flawed from early on (the turret rings don't match and there is no real reason to put a Patton turret on Type 59, it's not like it is better or anything). Chinese "favorite" method of explaining absence of any documents is that the "prototype was destroyed during nuclear trials", so if something like this appears in the description... well, we'll just have to see.
Posted by Unknown at 11:29 21 comments: