there is another Q&A out there which is not official and to be honest its half arsely done, however, there are a few truth parts, I filtered/compiled and Ivan translated them for you:

- Regarding the low tier tanks and the fact some modules were removed from them (in some cases stock ones, in some cases top ones), this is intentional and has been approved for a while in order to make the life for new players easier by removing unnecessary elements from early on in the game.
- 9.14 is delayed and will come when its problems are fixed
- The main task for the new motion physics is now to make the motion itself correct. A revision of the damage caused by tanks driving on top of each other will come later
- WT E-100 will not be switched for its replacement any time soon, certainly not in 9.14 (RG: It will be ASAP)
- The idea being personal missions is good but Slava Makarov thinks they didn't implement it properly in order for it to be popular
- Storm denies the statement that there will never be skill MM in WoT

one of you, Arkhonus, inspired by the technical drawings that sp15 shown on his articles, created a 3D model of a possible Swedish tier 10 for World of Tanks, the UDES 15/16 TR: 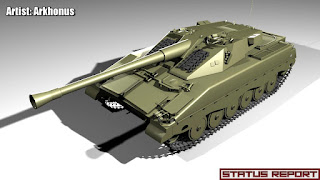 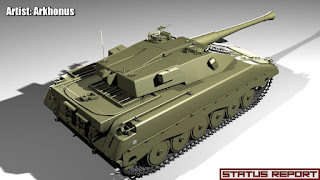 He says that is not yet complete, the colour of the vehicle was added after sp15 gave an accurate tone but Arkhonus will be adding textures in the next few weeks, will be showing once is 100% done.

I usually tend to disregard AW's Mail.Ru due to their past actions, I see them as the Chinese server for WoT, they don't develop but still do whatever the F*** they want and frequently perform certain actions that I do not support whatsoever. AW EU and NA offices are the ones I care as far I'm concerned but haven't completely muted RU, specially because of content like this:

Mail.Ru has held a press conference in Moscow, among information like the third dealer that we already know about, they have confirmed that tier 10's are planned to be added this year, they have shown some screenshots: 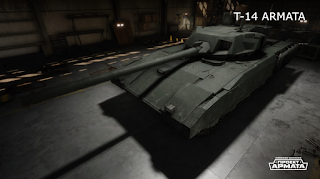 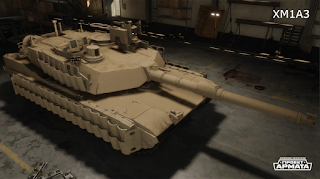 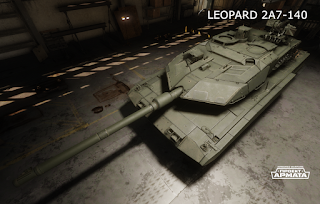 Besides these, there will be also Challenger 2B and some others that haven't been disclosed yet, so far they teased saying that these vehicles will be two French, one Russian and one Polish (oh please on Polish! Make it PL-01!)

Also, there are plans for a ranked PVP mode (sort of an ambitious territorial CW mode) that players will be able to participate in groups but is still to soon to talk about and a lot of things can change.


I'm actually excited for these things, I've been and so my friends and some co-workers invested in this game more than ever, they are not perfect, no company is but I do want to see NA and mostly EU AW being successful as much as I wish for WG.
Posted by Unknown at 18:17 No comments:

The youtube channel "Extra Credits" united/ got sponsored by Wargaming EU and together they created a video about the WWII: The Battle of Kursk: Operation Barbarossa:


I'm actually not subscribed to this channel (I tend to watch "The Game Theorists" instead) but I've watched some its videos before, its good content and I thought you may enjoy. :)
Posted by Unknown at 17:17 No comments:

after a tsunami wave of complaint about the FV4202 (P) poor stats, Wargaming has decided to improve it and the changes will take place in 9.14. The exact changes will be appearing on the 9.14 official path notes in a couple days.

Talking about 9.14, the test server is now back on! First server is still offline for the time being but the second is activated and with a long queue.

And third, if it reached to the English community a Q&A from a World of Tanks event in "Lviv". I have to warn its contents are complete "bullshit", multiple and sturdy sources have warned me in advance, hence why I didn't bothered to ask Ivan to translate it for you and instead enjoy Valentines Day, which I hope, you have too!

That's all folks! Will keep on making updates like these to you while pouring the usual content out.
Posted by Unknown at 15:35 No comments: