Blog work is done for today,

I will be streaming WoT as a science officer tonight:


As usual, 191 Tanks, EU/NA accounts and good music: http://www.twitch.tv/ritagamer2
Posted by Unknown at 18:41 No comments:

- 9.9 should apparently bring some very exciting features according to Storm;
- The "exciting features" should be available for random battle players as well;
- Storm is not aware whether there will be any tier 5-8 premium tank on sale in near future;
- Apparently El Halluf has areas with invisible walls where the shells are stopped in mid air - examples:

- The fight to remove toxicity from chat on RU server continues with several hundred thousand players chat-banned recently;
- The quality and details of WoT Xbox One models cannot be applied to PC as "there are other requirements for content quality there" (later, Storm adds that the content requirements for Xbox One are "much simpler", which allows them to rework a large number of tanks to HD quickly);
- Storm will no longer post any opinions on Armored Warfare as he is worried his opinions might be misinterpreted as the opinions of WG company;
- Developers are still working on spotting system overhaul and there is "good progress" in that direction;
- This Maus model frontal turret weld (http://i.imgur.com/cEg7sXR.jpg) is correct according to Storm. It's "missing" from the Kubinka Maus because according to WG historical consultants, the Kubinka Maus simply has it covered with multiple layers of paint.


And the daily, my type: 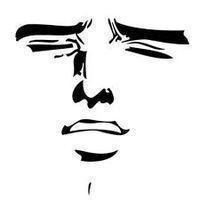 a screenie of the FCM 50T in HD just surfaced: Isn't it beautiful?
Posted by Unknown at 17:35 No comments:

many of you been contacting me, asking why the M6A2E1 HD model upper plate is different than the real tank photos and SD version:

After noticing that the upper plate is completely flat I got my "investigating feet" on and this imediatly popped up:


After confirming with a nice birdy, yes, the M6A2E1 HD model is based on the production design. :)
Posted by Unknown at 17:20 No comments:

Wargaming in Russia is again cooperating with Burger King to feed the Russian tankers with the best of imperialist food. From 15.6. to 31.12., Russians can order a special black Tank Burger menu (consisting of the burger, fries and a large coke) - with each such meal they receive:

- One invite code with Valentine II, 1000 gold and 3 days of prem
- One bonus code for 250 gold or 1 days of premium or 1 of each gold consumable (which one of those three codes the player gets is random)


Pepsi.. ugh.. okay can be handled but the black buns?  It just turns my stomach for some reason.

Wargaming started showing the Xbox One version of World of Tanks on the E3. There was an interview with T.J.Wagner, creative director and producer about this particular game:

- The Xbox One version is planned for 2015;
- The game will feature Havok and "low-mapping tech and HDR (high dynamic range) skies".

More can be found in an interview: http://me.ign.com/en/world-of-tanks/107559/preview/world-of-tanks-gets-beautiful-xbox-one-makeover

This images were also shared: