last night when I was doing Viewer Platoon on livestream this bug came along: 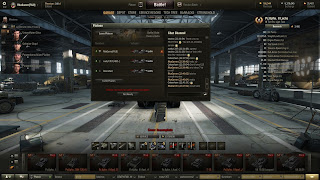 After my platoonmates chose which tank they wanted I picked mine, pressed Battle and it got suddenly cancelled saying that my crew was incomplete when everyone was clearly accounted for. The most annoying part is that the only option given was to break the platoon apart. Although its only a minor annoyance to most because players tend to platoon with a close circle (friends/closer clan mates) it becomes a pain in the arse when you usually have an entire list of random nicknames waiting to get a platoon spot with you.
At least I was lucky enough that the game didn't bring older messages I erased hours ago and messed the order of them after it crashed like it often does!
Posted by Unknown at 17:20