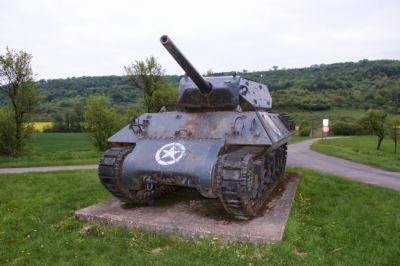 This isn't a long article (but it is my first for Rita!) because it's rather self-explanatory. You should be (assuming you have played WoT occasionally) familiar with the M10 Tank Destroyer in either the British or American tech trees.

If you have played it, you may even have noticed the rather flimsy armor and the ‘studs’ or ‘bosses’ dotted around the hull and turret and wondered what they were for.


Well, if you didn’t know, they are actually used to attach appliqué armour. In this case, a stand-off armour plate acting as a spaced layer of armour intended to cover the turret sides, hull sides and hull front.

S,o when WG models tanks, it - usually/sometimes/when possible - measures the actual surviving vehicles.
Today, there appears to be only a single example of the M10 left anywhere with this spaced armour and it is this one on public display at Veckring near Le Hackenberg. The side armour is complete on the left hand side and missing a piece at the front on the right. Even then, the side armour could well just be re-fabricated post war. This particular vehicle has undergone restoration and repainting as at some point in its life it used to be known as ‘Rose Coombs’ 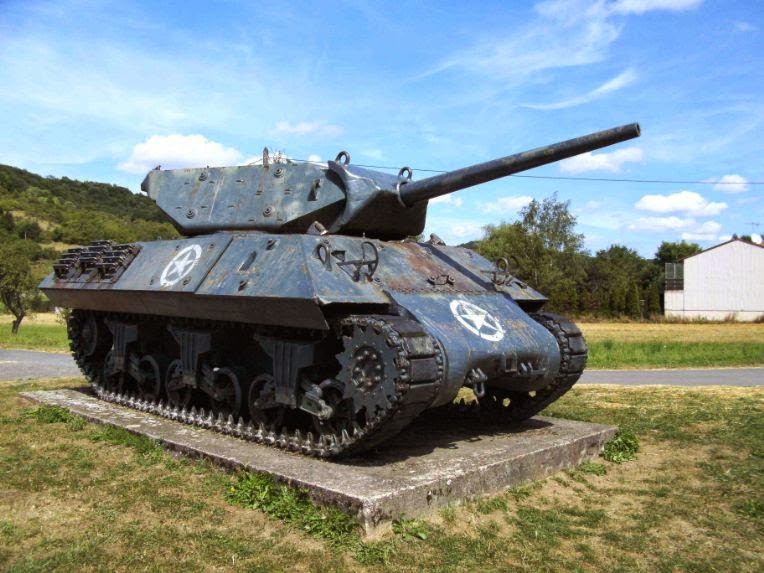 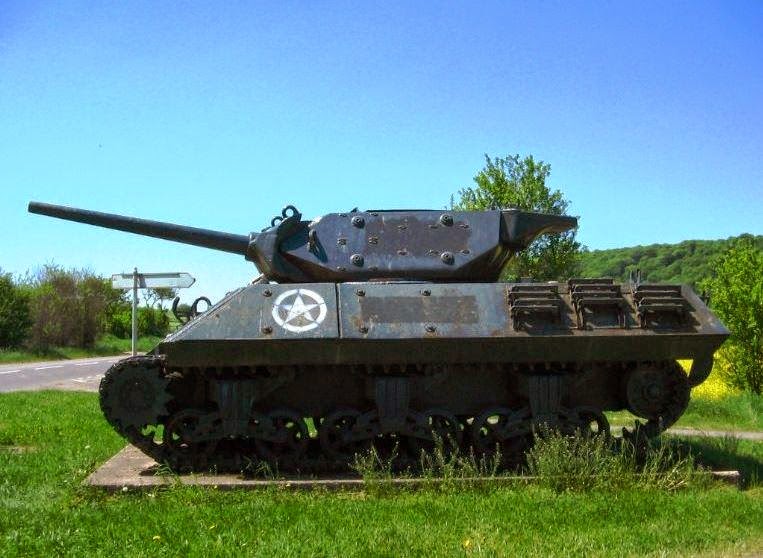 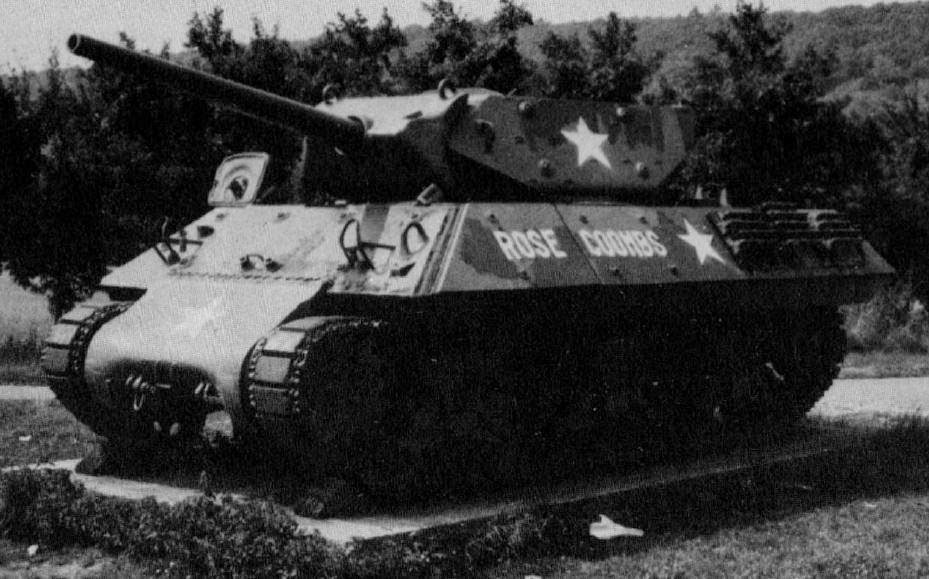 So, we need a better idea of how thick these panels need to look like - and here it is in the original Patent design from May 1943: 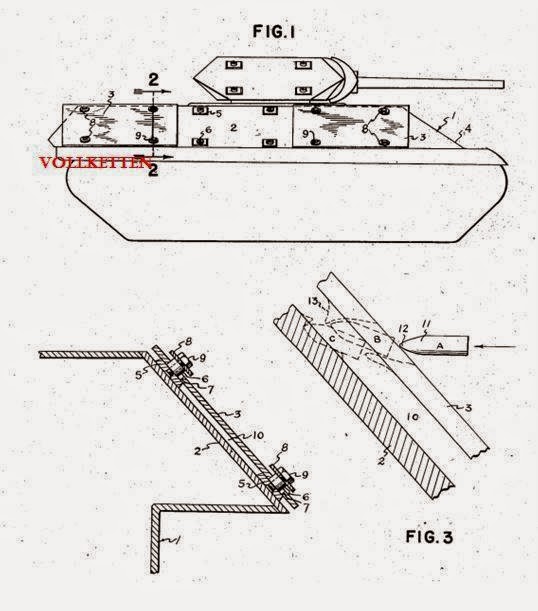 Knowing the thickness of the side hull (19mm) and extrapolating from there, we come to the appliqué plate a little thinner (of about 12.7mm) with a gap of about 20mm between the plate and the main armor. In other words, the M10 could actually gain some real protection across its sides and front from smaller rounds and cannon shells. The effect of the armor against larger AP shells would be negligible.

It’s worth noting that Fig.3 of the Patent armour plan is wrong with the shell actually ‘turning’ the wrong way after penetrating the armour.

Either way, every source I can find says that this armour was never issued or fitted and indeed armouring up your M10 wouldn’t fit with the idea of US Tank Destroyers at the time.

Late production vehicles dispensed with these studs altogether. Despite this, there is photographic evidence of these studs being used by M10 crews from the US and UK.

This is the crew of an M10 Achilles being spoken to the Major-General Barber near the town of Goch 20th February 1945.


The front plate here covers a relatively small section in the centre of the glacis, but appliqué armour is also visible on the hull and turret sides. 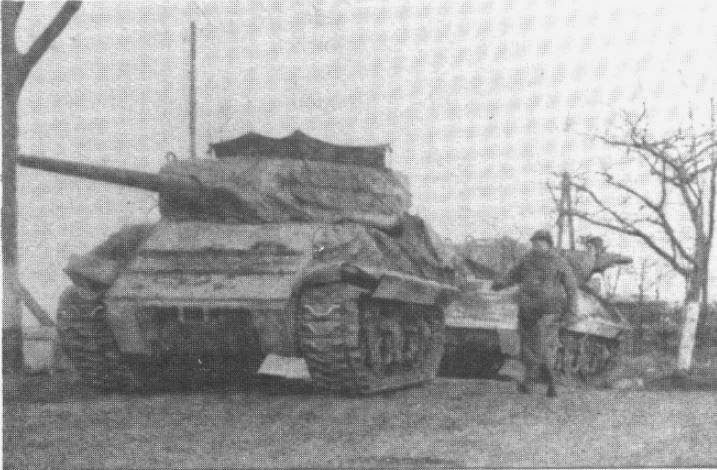 In this example, two US M10 ‘s in Dreiborn, Germany (February 1945) are fitted not only with a substantial front plate, but also additional welded armour sections over the front final drive housings. 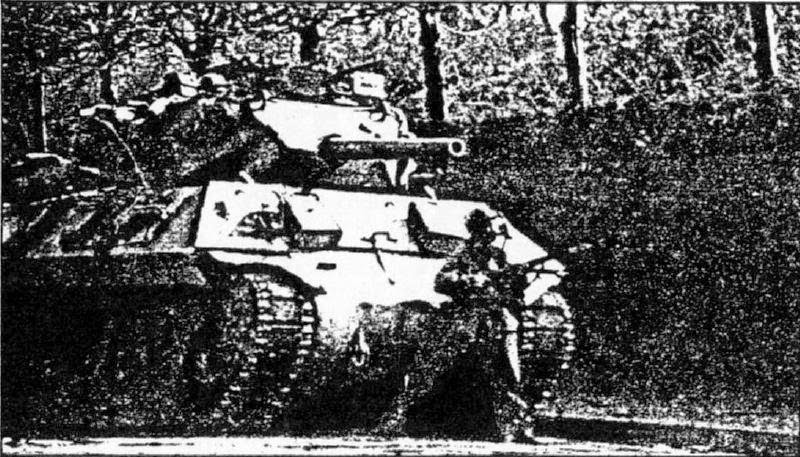 This rather poor shot is copied from Colliers Photographic History of WW2 (1946), but I cannot locate a copy from which to obtain a better image at the moment. It was taken in the town of Mainz in March 1945 and lacks those angular final drive boxes, but also has an obvious and prominent front armoured plate added to the hull. Sadly, the image is too poor to tell if the armour extends to the turret and hull sides as well.

There’s also a reference to a photograph of a captured uparmoured M10 Achilles in ‘German Tanks of WW2’ by Hobby Japan on  page105, but I have also been unable to get hold of that yet either.

I am aware that there were tests of other protection increase systems for the M10 in the form of armoured covers over the open-topped turret, but these are beyond the scope of this short piece.

So, there we have it: we have plans for the uparmouring, we have photographic evidence of the uparmouring being done and we have the need to make armour actually more useful and valuable in game. Maybe WG will put it in by introducing an uparmoured M10 as a premium with worse mobility (it's a got a lot more weight to haul around afterall) or one day we get those optional hulls we keep hearing about.

And if you happen to have either of those other image sources I mentioned, please feel free to post link or pm me on the NA WoT forums.